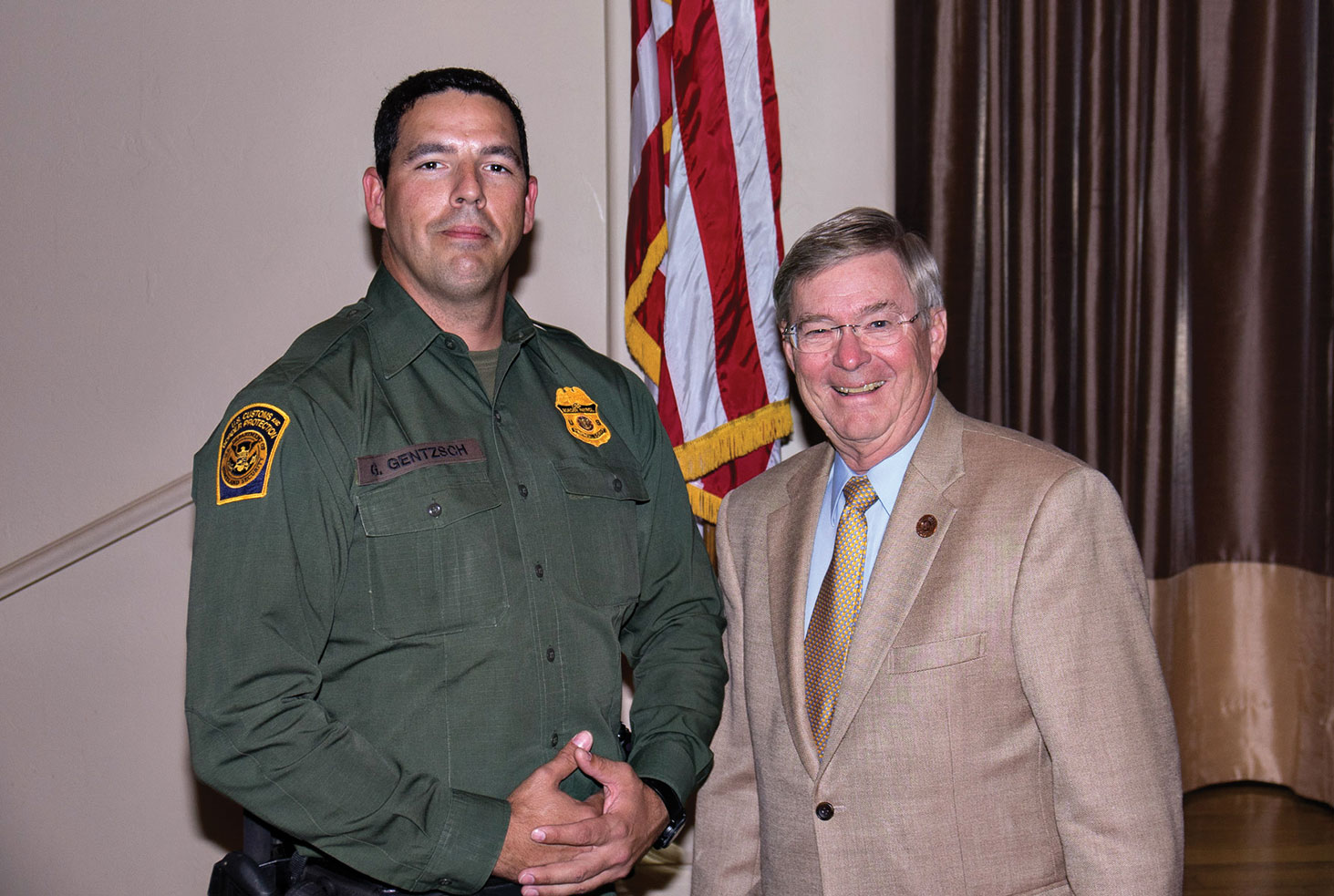 Garland Shreves, Chairman of Citizens For Fair Taxation, spoke to us all on the need for recall of the four members of the CAC Governing Board so as to rescind this tax increase and how the recall petitions for the four needed to be completed and submitted before September 24. Garland explained the need for door to door voter canvassing so as to get needed elector signatures for each of the four districts corresponding to the board members under recall. We each need to work on this effort for, if we fail, there is no telling how much more of our monies the current CAC will feel belongs to them. Our own Legislative District 11 Representative Vince Leach gave an overview of the situation also.

We were then pleased to welcome U.S. Border Patrol Officer George Gentzsch from the Tucson Sector. George is based at the Border Protection facility at the Davis Monthan Air Base in Tucson. He explained to us how the several agencies involved in Border Protection work together. U.S. Customs and Border Protection is the unified border agency within the Department of Homeland Security charged with the management, control and protection of our nation’s borders at and between the official ports of entry. CBP is charged with keeping terrorists and terrorist weapons out of the country while enforcing hundreds of U.S. laws. The Border Patrol is specifically responsible for patrolling the 6,000 miles of Mexican and Canadian international land borders and 2,000 miles of coastal waters surrounding the Florida Peninsula and the island of Puerto Rico. The main aim is to combat individuals and criminal organizations that pose a threat to communities on both sides of the border. Today the Tucson Sector is one of the busiest sectors on the southwest border covering 262 miles of linear border from the Yuma County line to the Arizona/New Mexico state line.

Agent George Gentzsch entered on duty in June of 2005 with the United States Border Patrol in the Tucson Sector. During his tenure as an Agent he has held many roles to include: Communication Specialist on a UH60 (Blackhawk) helicopter with the RAVEN Unit, Field Training Officer, ATV Unit and the Border Community Liaison Unit.