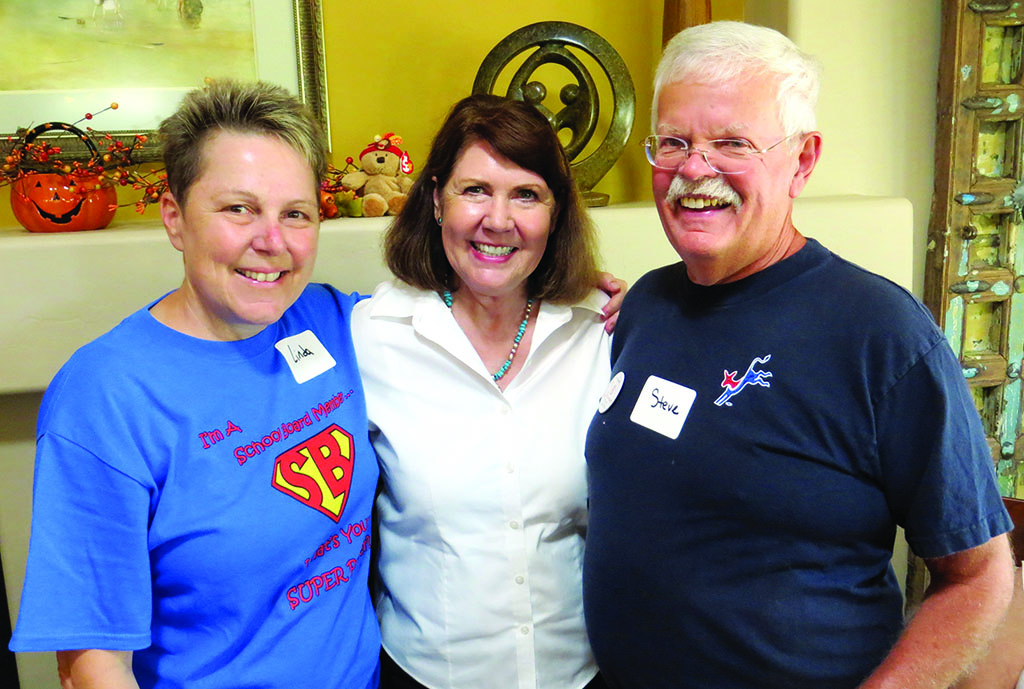 On a hot August afternoon, almost one hundred enthusiastic Democrats showed up to welcome Representative Ann Kirkpatrick. The gathering was held at the home of Linda and Holly Lyons, complete with delicious tacos and Ann’s special recipe for margaritas. She has visited SaddleBrooke many times and was here to discuss her candidacy for the U.S. Senate and to ask for support from her Congressional district.

She began by discussing the many issues that she plans to focus on during her campaign. In particular, improving the economy and providing more good jobs for Arizonans is at the top of her list. In addition, she plans to work hard to boost education as well as continue her support for women’s health issues. She emphasized that Social Security must be protected as is so that it will be available to all who qualify. Comprehensive immigration reform must be enacted as well as protection of the environment.

Following her remarks, Ann responded to numerous questions regarding such topics as the up-coming vote on the Iran treaty, the Democratic candidates running for President, Donald Trump and the current outlook on her Senate race. All in all, it was a lively exchange and Ann promised she would return once she becomes a U.S. Senator.