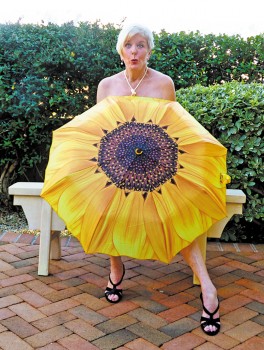 The PrimeTime Players just completed auditions for their spring play, Calendar Girls. Based on a true story and the blockbuster film starring Helen Mirren, a group of “plucky” mature women from a traditional British Women’s Club persuade fellow Women’s Institute members to pose “nude” with them for an “alternative” calendar in memory of their friend. The news of the women’s charitable venture spreads like wildfire and soon hordes of press have descended on the small Yorkshire village, puzzling their husbands and upsetting club members. Calendar Girls opened in 2010 in the UK and has since become the fastest selling play in British theatre history.

Calendar Girls, quirky, poignant and hilarious, makes you laugh, makes you cry and leaves you feeling better about life than you did when you entered the theatre. Our cast of talented SaddleBrooke actors, some of whom are brand new to our group, includes David Fuller, Karen Moore, Fred Lowy, Susan Sterling, Connie Ward, Barbara Honn, Carol Merlini, Sandi Mahanna, Karen Schickedanz, Shawne Cryderman, Ron Andrea, John Allen and Jim Barrett.

Performances are April 5-10. Doors/cash bar open at 6:30 p.m.; show starts at 7:00 p.m. in the MountainView Cabaret Theatre. Tickets are $24 and include dessert/coffee/tea served at your table. For tickets call 825-2818; e-mail SaddleBrookeTwo.com or contact the HOA Two office. The best tables sell quickly so get your tickets early! Buy a table and come with your friends.

Produced by special arrangement with Samuel French Publishing. Based on the Miramax motion picture by Juliette Towhidi and Tim Firth.