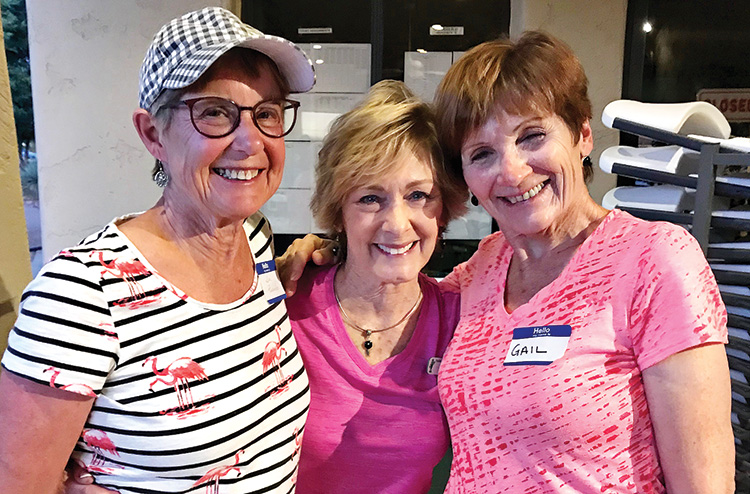 The avenue for building the new courts and facilities has been complicated and has required collaboration, patience, and perseverance. SPA provided funds for SaddleBrooke TWO to purchase land from the SaddleBrooke Development Company (Robson). This eliminated the need for two variances from Pinal County. Having to procure the variances would have resulted in a four-month delay in the process and quite possibly might not have succeeded anyway. The plan drawings for permits are finalized and all have been submitted for approval to Pinal County. SaddleBrooke Development Company is completing the minor land division, which is a requirement of the county before a building permit can be issued. The project will move forward at the pace it is able once each part of the process has been deemed to be in order. The expertly planned build-out is sure to make this facility a wonderful addition to the SaddleBrooke community.

Pickleball is becoming more and more important in active adult communities. One role it plays is in offering some athletes an option when other previously enjoyed sports are no longer viable. Pickleball can be enjoyed on many levels, and there is no doubt that it fills a niche promoting social camaraderie and fitness.

Keep an eye on the event calendar so that you don’t miss out on any of SPA’s member and guest parties. The social committee, led by Linda Bailey, outdid themselves recently by orchestrating a fun and memorable evening themed “Oktoberfest and Bocce.” The attendees brought side dishes for the provided brats. I am pleased to report that there are very good cooks in the group, and they shared their specialties with all.

On the bocce courts, I was skeptical that the pickleball obsession, rampant in this group, would be put aside for a bit in favor of this social team game. While the group traded dinking and dropping in favor of spocking and lagging, I admit that I was waiting to see if someone would pull out a carefully concealed pickleball paddle and, using it, nudge the ball along the path of success. That did not happen. It seems that the group has fun on and off the court so, obsession aside, bocce was enjoyed by all. Gary Simpson generously displayed pop tennis to those interested folks.

A special thanks to Linda and the committee: Karen Richey, Mary Gajeske, and Ann Lange. Many members pitched in including husbands JB, Don Richey, Len Gajeske, and Gary Lange.

The next social gathering is the holiday dinner dance at MountainView Country Club on Dec. 4.