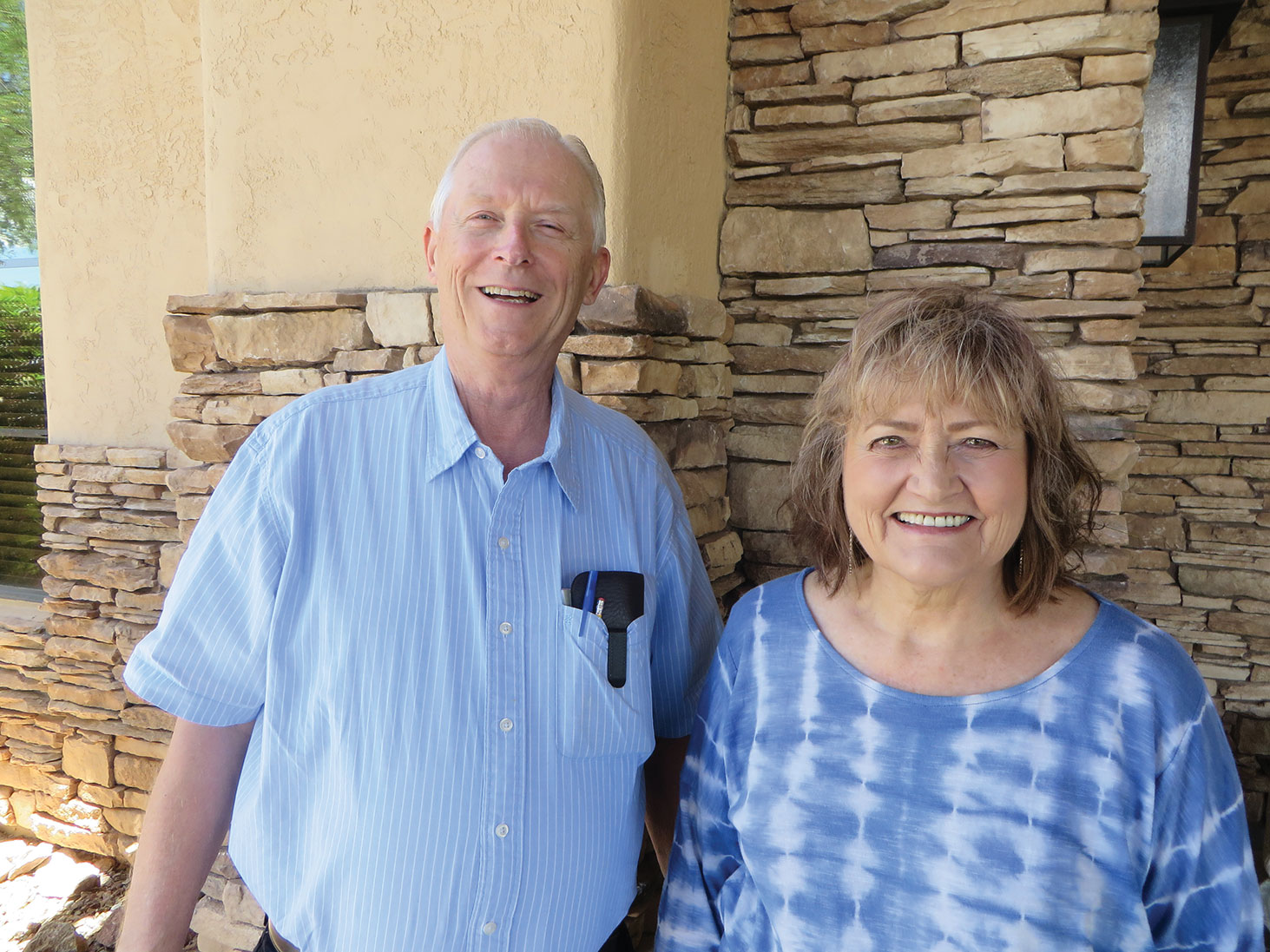 Resurrection Church is much blessed to have Charles Riddell and Susan Tjossem as Choir Director and Accompanist.

When Resurrection Church at SaddleBrooke held its first service a year ago, the choir was in its formative stages. The first month saw music performed by individuals or small groups. Then on October 12 the choir made its debut. Very small at first but today much larger, the choir had been rehearsing for a couple of weeks. The product was well worth the wait.

All residents of SaddleBrooke, most participants in the choir have sung or associated together before in other choirs or other venues. According to member Frank Newburn, a strength of the choir is that they share a love of God, the church and music. Like a family, Frank went on to say they are genuinely concerned about each other’s welfare. In addition, the group speaks as one about their devotion to Director Charles Riddell and Accompanist Susan Tjossem.

When the Church first started, the congregation was thrilled to learn that both Charles and Susan were available. Another member, Bonnie Thomas, has known both for a number of years, is impressed with their patience and multiple talents and marvels at how well they work together as a team. “Charles,” Bonnie stated, “knows the choir well and as a result tailors his music selections to their many voices. Susan is an accomplished pianist who can embellish any piece and has the ability to adapt music to the time and situation as it arises.”

Charles lived in Virginia until age 15 when his family moved to the San Francisco Bay area. That was home until he and his wife Vicki moved to SaddleBrooke in 2009. Along the way he graduated with a music degree from San Jose State and taught public school music. When budget cuts forced him to seek alternatives, he took a job with United Air Lines and stayed there for 30 years. Music, however, dominated his outside interests and over the years he directed several church choirs.

Susan hails from western Colorado. She graduated from Kansas Wesleyan University and met her husband, a mining project engineer, while she was teaching elementary school. They moved eleven times before settling in the Tucson area in 1985 and it was here where they raised their two sons. As a young girl and at her mother’s urging, Susan learned how to play the piano and over her adult life has been the accompanist at several area churches.

Resurrection Church at SaddleBrooke holds its all-denominational Sunday worship service at 10:00 a.m. in the Vermilion Room of the HOA 1 Clubhouse. Starting October 4 there will be services at 8:30 and at 10:00 a.m. All are welcome.