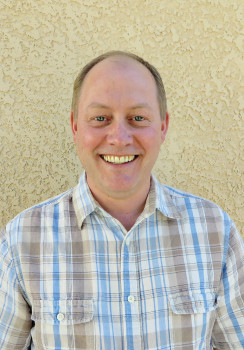 Randy Winsand is the Resurrection Church Pastor of Outreach.

Randy Winsand has assumed the newly created position of Pastor of Outreach at Resurrection Church. Pastor Randy most recently served as a pastor in Ohio and was installed in his new position on February 10.

A second career pastor, Randy brings to his new position a wealth of experience and a strong resume. Raised on a farm in rural Wisconsin, he served in the military and worked for a period of time as an electronics technician. Eventually he graduated with a degree in marketing from University of Wisconsin at Eau Claire and after that spent several years in marketing and sales. He closed out that phase of his life as the administrator of an assisted living facility.

Randy’s call to the ministry came about seven years ago and it was between his second and final years of seminary that he was an Intern Pastor at the main campus. The time he spent here was significant and memorable for him and he, in turn, was extremely well liked and regarded by the congregation. As a result, it is a reason for mutual rejoicing that Randy has returned to southern Arizona.

Resurrection Church at SaddleBrooke holds its traditional all-denominational Sunday worship services at 8:30 and 10:00 a.m. in the Vermilion Room at the HOA 1 Clubhouse. Easter Sunday, March 27, the Vermilion Room is not available so there will be no services in SaddleBrooke. For those who reserve a seat, bus transportation will be provided to the 9:15 a.m. service at the main campus.

Starting Sunday, April 3 Resurrection will return to one service at 10:00 a.m. This will continue until the fall when two services will resume.