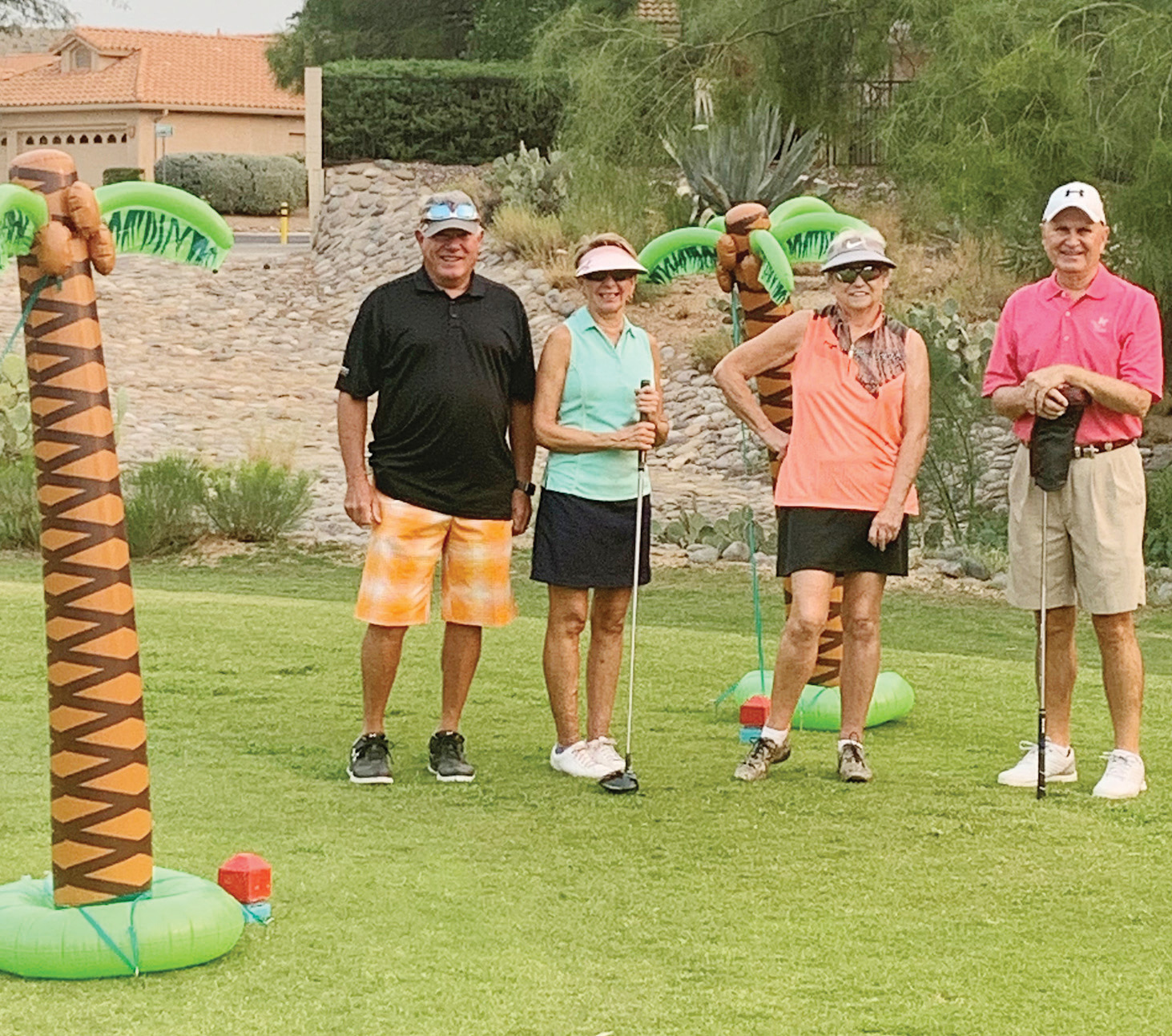 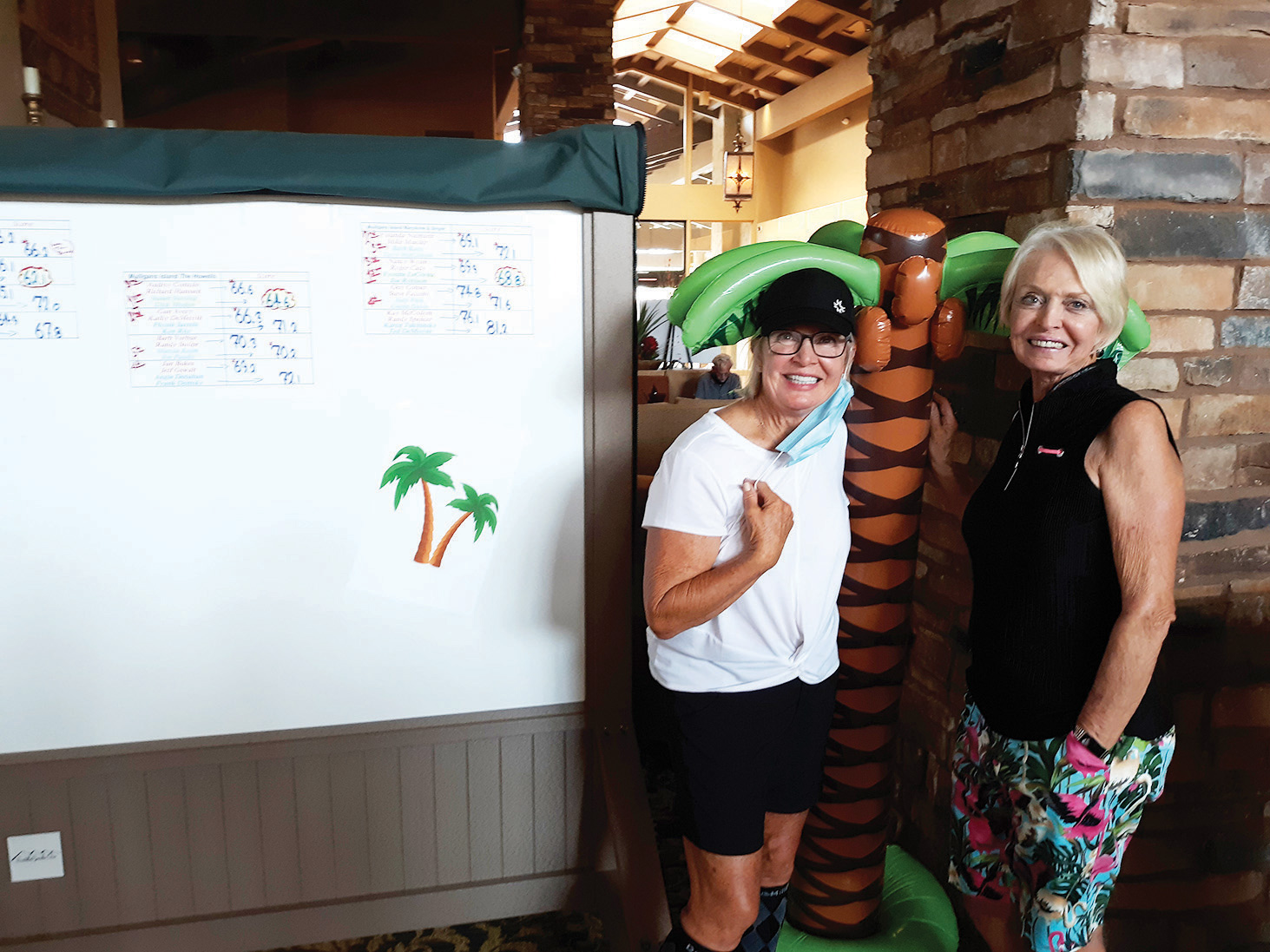 The SaddleBrooke Women’s Golf Association (SBWGA) and the SaddleBrooke Men’s Golf Association (SBMGA) got together for a Summer Classic Golf Tournament called Mulligan’s Island. Forty men and 40 women formed two-person teams to compete in a fun golf tournament using the old Gilligan’s Island theme but renamed as Mulligan’s Island. Of course, there were plenty of mulligans available for purchase (a mulligan is a second chance shot used to replace a poorly hit first shot). The SBWGA sold mulligans for each person and the proceeds went to the Youth On Their Own charity. This theme was followed throughout the tournament with island palms seen on the first tee boxes.

The players were all met with a decorative palm entryway. The five different flights of teams were named the Skipper, Gilligan, the Professor, the Howells, and MaryAnn and Ginger after the characters in the original Gilligan’s Island TV series. The Mulligan’s Island menu for the post banquet had marinated “hulu steak,” three-hour tour potatoes cheese gratin, Mrs. Howell’s grilled zucchini, and MaryAnn and Ginger’s cherry cobbler with vanilla ice cream dessert. The banquet tables all had cute island/golf ball centerpieces with miniature rafts.

The tournament itself was a full scramble on the front nine and a Shambles on the back nine (where each player drives the ball then you select the best drive and each player plays their own ball in and the best ball score is used for the team). The winning scores can be seen below:

It was evident that this event was totally coordinated by the women as men would never have thought to have done all of these things. Kudos go to the two women who coordinated everything for the SBWGA and made this such a fun and entertaining event.

Thanks again for making this such a fun event—clearly the guys will be challenged to match it when they coordinate the next one.