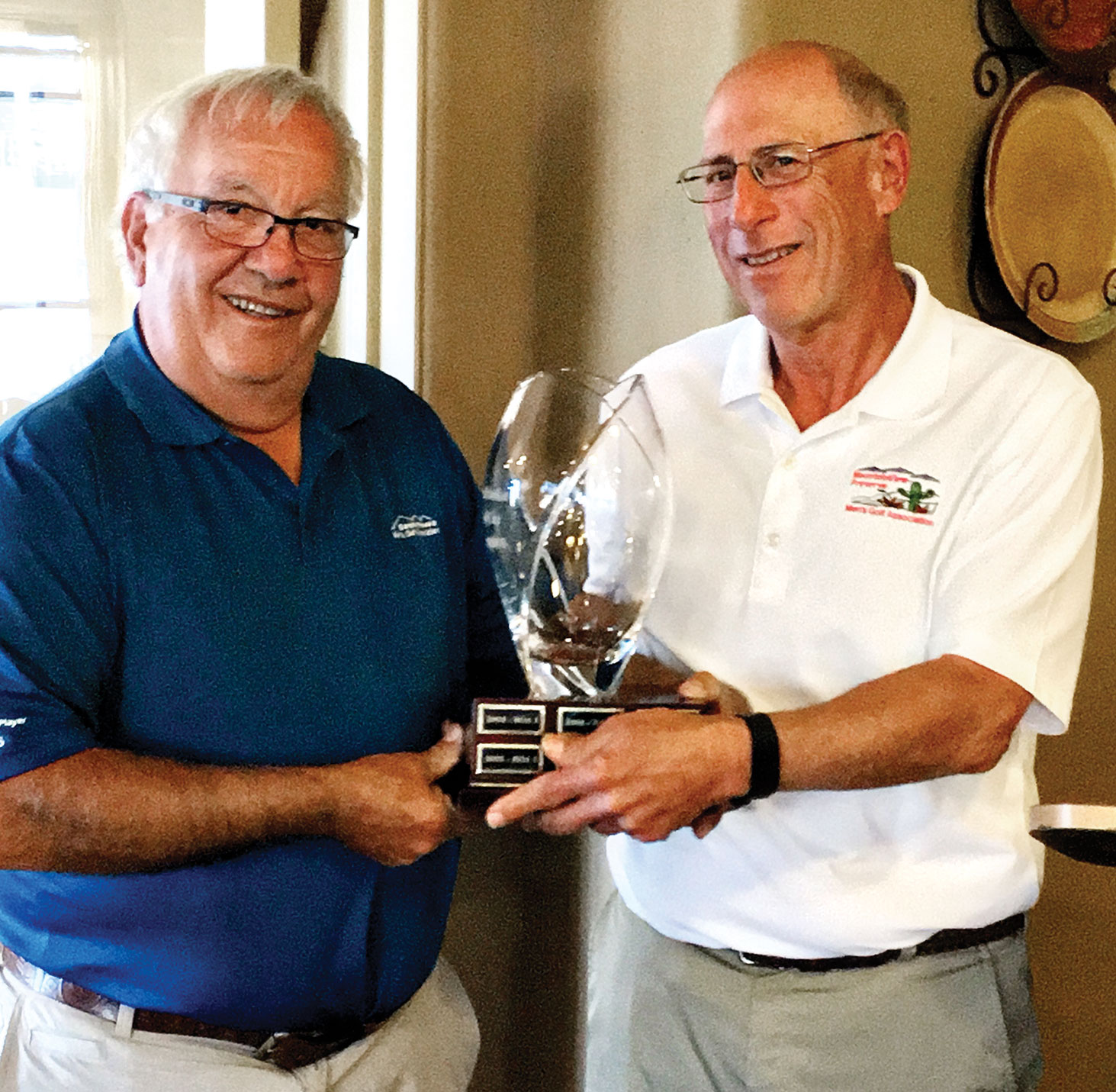 This year’s Ryder Cup was played on February 18 and 19. On day one The Preserve Golf Club took on the field and on day two The SaddleBrooke Golf Club was the host. Each club loaded its team with sixteen low handicap players. As you can imagine they all play the game quite well. The tournament’s format did not change from past years. On day one, two man teams were formed that competed in a best ball nine hole match and a nine hole alternate shot match. On the second day all players competed in an eighteen hole individual match. In all matches the winner was awarded one point. If the match was halved each team received one half point. The losing team ended up with zero. There were a total of 32 points to be won over the two day competition.

Are you ready? The final score was 18 to 14 in favor of the MPMGA! Congratulations to our entire team for bringing home the bacon one more time. On day one the MPMGA won convincingly—12 ½ to 3 ½ on its home course. Four of our eight teams won both of their matches and contributed two points each toward the total and all of our eight teams contributed points. Well done. Our big winners on day one were the teams of Bob Eder and Doug Johnson, Jon Michaels and Doug Stewart, Bruce Fink and *** Stanley and Fred Schneider and Scott West. The team of Peter Wright and Leo Smith Day won 1 ½ points for the SMGA on day one. Day two was not a carbon copy of day one and the SMGA rallied to win the day by a score of 10 ½ to 5 ½. A special thank you goes out to Don Bilyk, Bob Eder, Bruce Fink, *** Stanley, Dennis Marchand, Fred Schneider and Scott West for either winning or halving their individual match and insuring our victory! Mike Turner, Terry Edwards and Leo Smith were the high point winners for the SMGA with two points each.