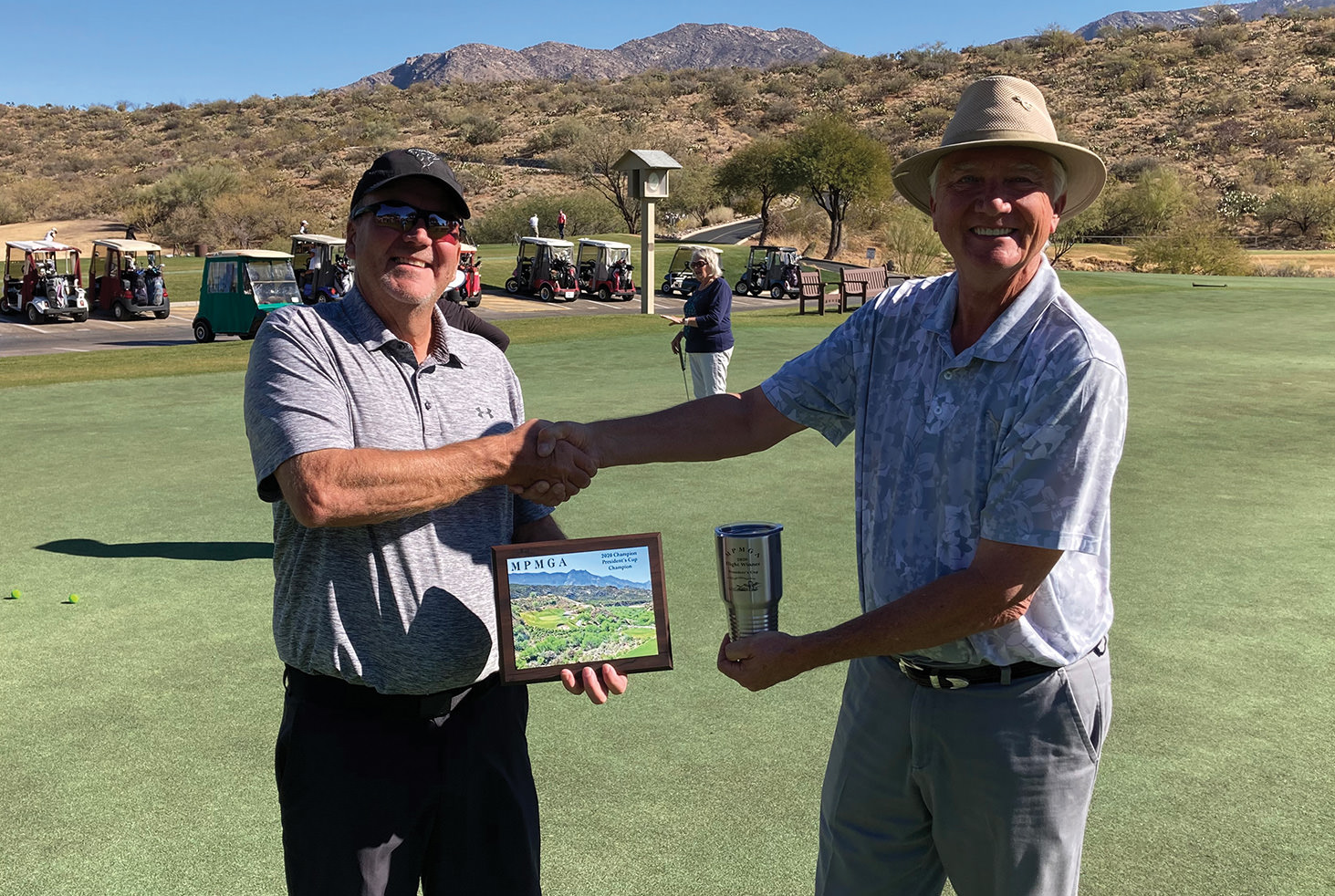 2020 has been a most challenging year for all of us, including the members of the MountainView-Preserve Men’s Golf Association (MPMGA). Early in the year, the MPMGA Board decided to postpone its annual President’s Cup Tournament scheduled for March and move it to December.

The first day of play was Dec. 7, and the competition was held at The Preserve. It was a day that saw sustained winds of more than 20 miles per hour with gusts exceeding 30 miles per hour. Of the 96 players who signed up, 91 players actually teed up to challenge the course and the conditions. The day became an endurance contest just to finish the round. By day’s end, another seven golfers had voted themselves out of the competition and we finished with 84 players having posted a score that would allow them to play on day two.

Scores for the first day were very competitive, as 24 players were within five shots of our leader, Lee Leksell, who fired a first-day score of 71 (one under par). Lee’s net score was a 72 because of his +1 handicap. He stood in first place with a one stroke lead over two fellow competitors.

Something extraordinary happened on day one that deserves to be mentioned. Larry Scott carded a 2 on the Par 5 16th hole. This is known as an albatross, which is something rarely seen in golf: three strokes under par on a single hole. Congratulations to Larry for this most uncommon achievement.

Round 2 was scheduled for Dec. 10, at MountainView. The weather forecast was not favorable, with rain predicted for Wednesday night and throughout the day on Thursday.

Fortunately, the rain that came Wednesday night was light enough that Paul Hallock and his team did not have to declare Cart Path Only play, but even with no cart path restrictions, Round 2 was at times, simply miserable. Although 84 players were eligible to compete on day two, we actually had 81 players decide to challenge the conditions.

Surprisingly, play in the rain turned out to produce better scoring than the high winds of Round 1. In total, eight players matched Par 72 or better on day two. Four players carded rounds under par. Lee Leksell, the leader after day one, carded a 67 to finish with a two-day total of 139 (5 under par). Lee won the 2020 President’s Cup by 9 strokes over his closest competitors, Larry Sandoval, Vic Wetmore, and Tom Blong.

The tournament had nine flights, each one named for a previous MPMGA President, as well as the current president. The flight winners for the 2020 MPMGA President’s Cup are: