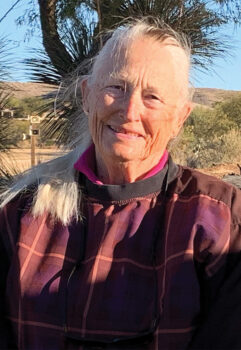 Maggie was born in Alabama and was educated at Northwestern University in Chicago majoring in chemistry.

She played tennis daily until she discovered golf, and never looked back.

After the transition, she decided to join the SaddleBrooke TWO courses. She needed to establish a handicap, so she joined the MountainView Preserve Lady Niners.

Maggie is happy to have joined the Niners where she found the ladies to be so welcoming.