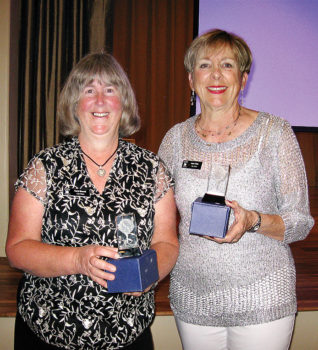 Cary Dowell and Joyce Sutay are the MPLN Ace of the Year winners who competed against the Ace of the Month winners on January 8, 2019. These ladies were recognized at the January 15, 2019 Awards Dinner. Caryl Dowell was also named most improved golfer for 2018.

These 2018 Ace of the Month winners listed below qualified to compete on January 8, 2019 for Ace of The Year honors.

The gross score is the total number of strokes taken during a round of golf. The net score refers to a score after the handicap is deducted from the total strokes.

Winners are as follows: