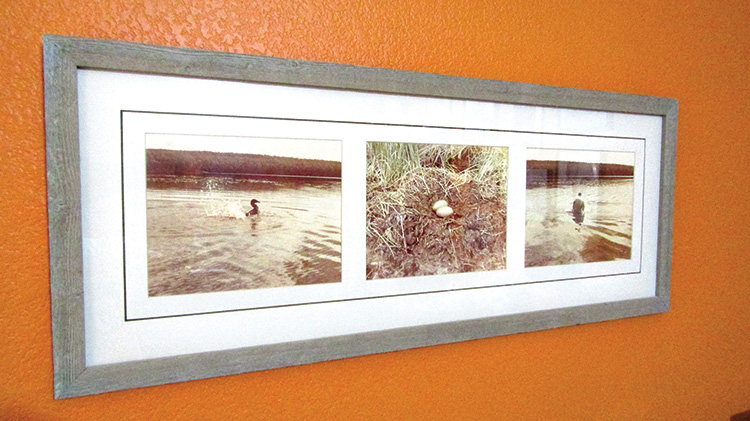 This picture hangs on my wall and I face it every time I am at my computer. Mother loon tried to lead my canoe away from the nest my son and I were approaching in our canoe. When we realized what she was doing, we turned around and found her nest, took the picture of the two eggs, and returned to our cabin. Later that day, we were again in the canoe and a raven swooped down, grabbed one egg, and started to fly off. I yelled, “Hey” and the raven dropped the egg on the side of the muddy nest. We canoed over, placed the egg back, and hoped it would hatch. Later that summer, there were two baby loons swimming in “our” lake. It is a wonderful memory for both my son and me.