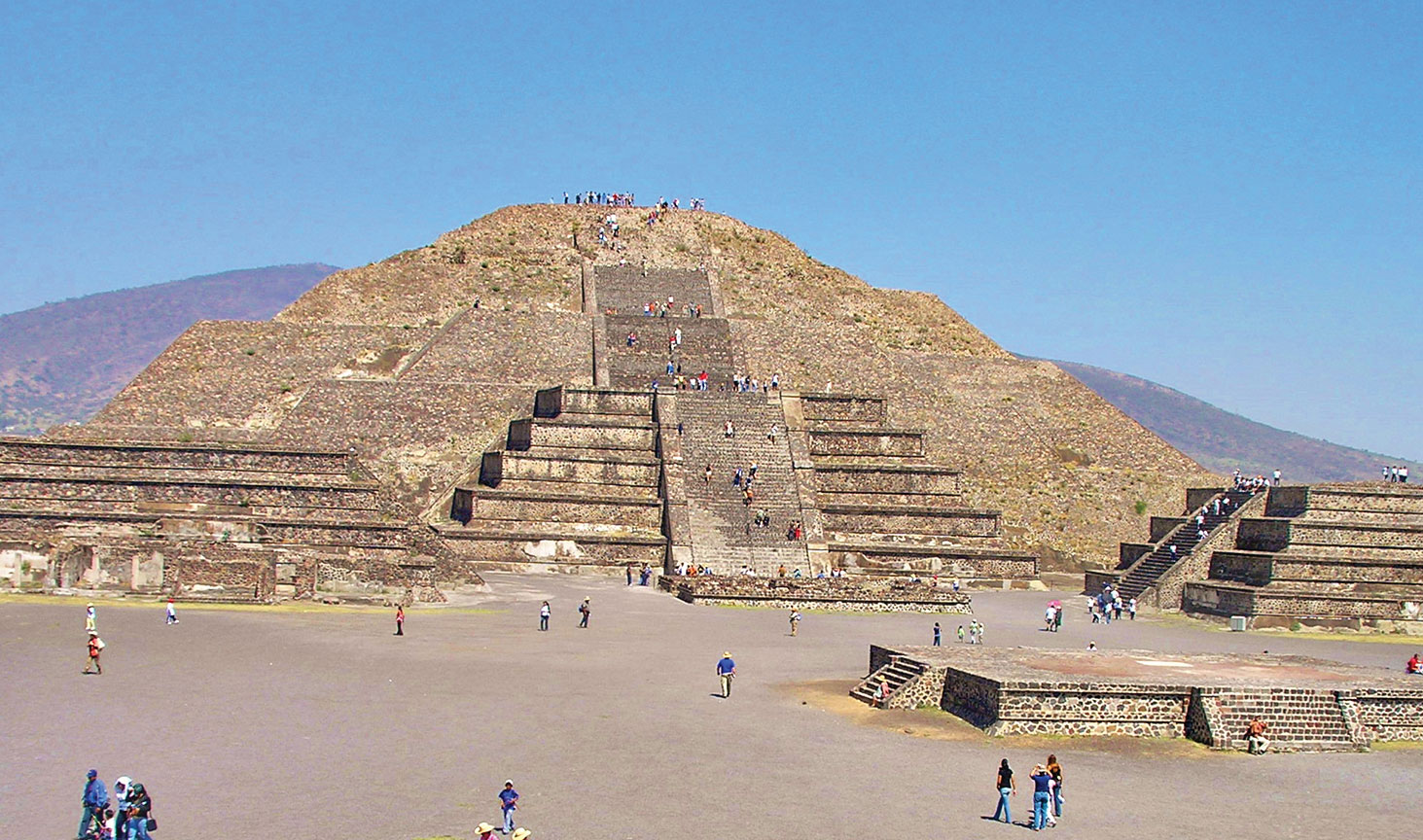 Pyramid of the Moon, Teotihuacán 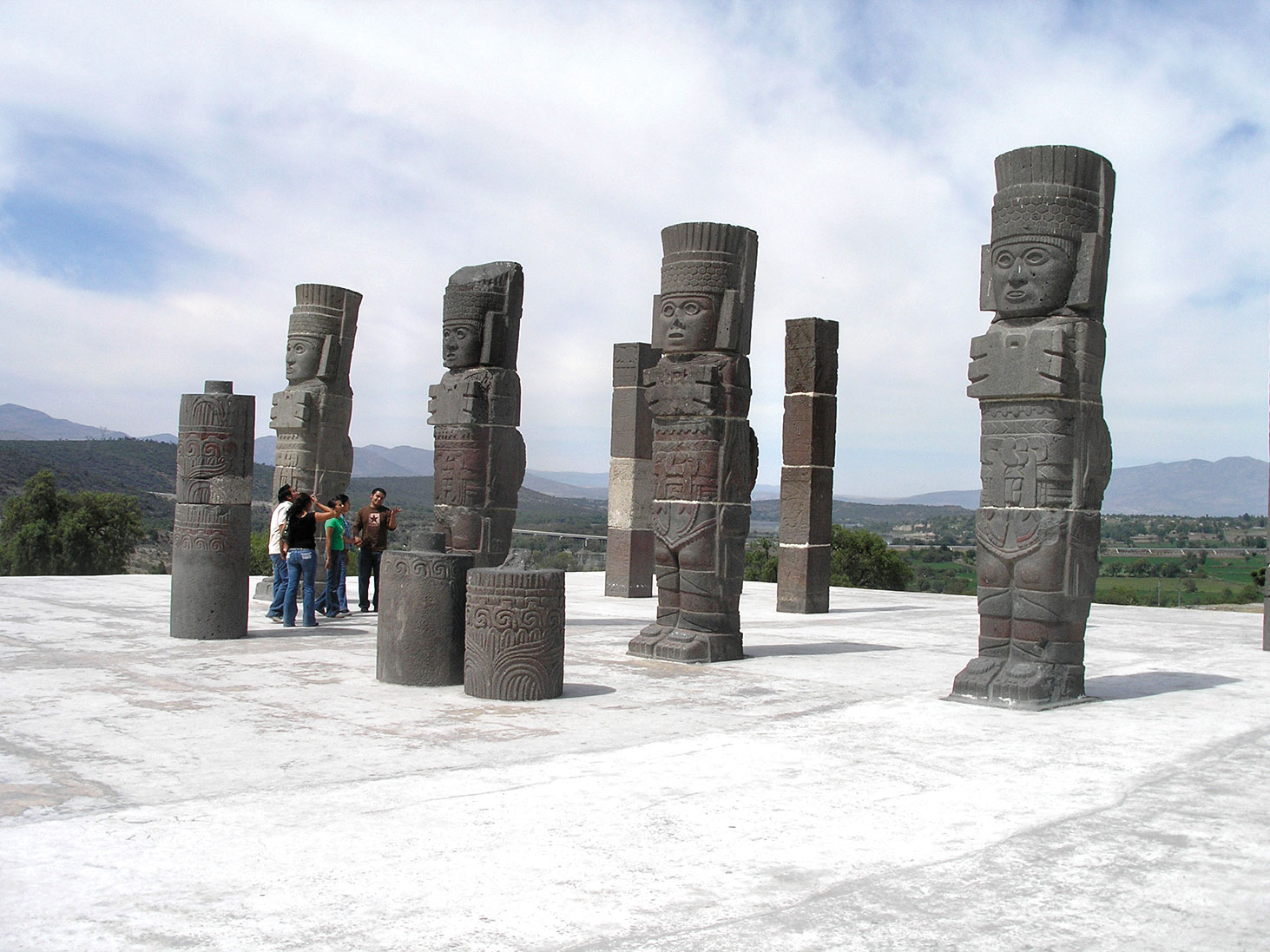 The basin occupied by Mexico City and the rich highland to the north, called the Bajio, is the cultural heart of modern Mexico. It is also the birthplace of two great prehistoric empires that were controlled from the magnificent city of Teotihuacán (100 to 700 A.D.) and that of the Toltecs governed from the city of Tula. Teotihuacán, with the impressive Pyramids of the Sun and the Moon, is the grandest of Mexico archaeological sites. Centuries after its abandonment, the city was a pilgrimage site for the Aztecs and today is visited by thousands of New Age believers. Tula (900 to 1150 A.D.) is also one of Mexico’s principal archaeological attractions. Its great ball court, pyramids, temples, courtyards and columns carved in the form of warriors attract visitors from all over the world.

Mexico City’s Museum of Anthropology showcases the prehistoric and history of Native American cultures of the country and is one of the great museums of the world. It serves as a great introduction for visitors wishing to explore Mexico’s cultural treasures. The Ballet Folklorico is a splendid presentation of dances and music from every region of the country and is internationally known and respected.

Mexico City offers a wealth of architectural gems from the Spanish Colonial and later periods of Mexico’s development as a modern nation. It is a very modern, cosmopolitan urban center that offers world class hotels, dining and entertainment.

The large, mountain-rimed basin to the north of Mexico City, the Bajio, has long been a center of mineral wealth and agricultural production. This is the birthplace of the struggle for Mexico’s independence from Spain. Guanajuato was one of the great silver producing centers of the world and the home of a well-respected university, three magnificent theaters and the famous artist Diego Rivera.

Wealth from the Guanajuato mines built the stunning colonial churches and ornate mansions and haciendas of San Miguel de Allende, Queretaro and Dolores Hidalgo. The former city, with its fine art galleries, excellent restaurants and comfortable accommodations is very popular with residents from Canada, the United States and Europe. Dolores Hidalgo is famous for fine Talvera ceramics and, together with Queretaro, offers some of Mexico’s most beautiful examples of Spanish Colonial architecture.