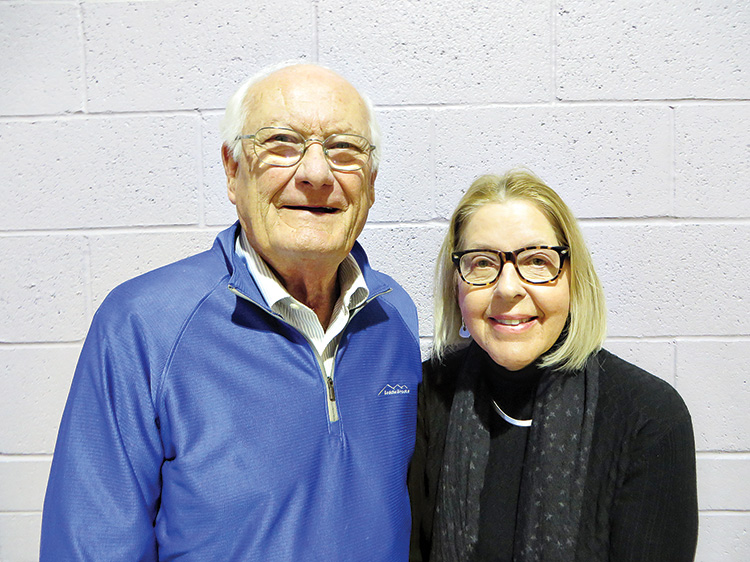 It was November, so once again it was a Veterans Day/military theme at the Resurrection Church Men’s Breakfast. Breakfast Committee Chair Al Toensing recognized those who have served and Ron McNutt led the group in the Pledge of Allegiance and opening prayer. Since the snowbirds are starting to return, attendance was well over sixty; and the food prepared by volunteer cooks Roseanne Thurmond and Fran Venet was exceptional.

Program chair for the month, Gary Zellinger, introduced what turned out to be a fascinating presentation by SaddleBrooke resident Mary Jo Bellner Swartzberg. Entitled “Rogue Heroes” and based on a book with the same title by British writer and historian Ben Macintyre, Mary Jo’s talk told the story of the SAS, England’s legendary special forces unit which was formed in 1941 and disbanded in 1945. Known for their unconventional tactics, the SAS wrought havoc on the German military first in North Africa, then in Italy and throughout the Mediterranean area, then in France, and finally in Germany itself. The efforts of the SAS were key to the Allied Forces winning WWII and provide the historical context for the development of special forces units such as our own Delta Force and Green Berets and the Israeli Mossad.

An obviously accomplished and pleasant person when you first meet her, Mary Jo and Barry, her husband of forty-four years, moved to SaddleBrooke from Toledo, Ohio in 2009. A bachelors and masters graduate of the University of Toledo, Mary Jo was an administrator in Academic Psychiatry at the University of Toledo and Barry pursued a career in hospital administration. Also a freelance writer and avid golfer, Mary Jo served on several high profile boards while living in Toledo. Here in SaddleBrooke she dances with the Desert Stars and sings with the Brooke Sisters and The Sonoran Singers.

The Resurrection Church Men’s Breakfasts take place on the first Saturday of the month for the months October through May. Meeting place is the Outreach Center at the main campus in Oro Valley. Time is 7:30 a.m. There is always an interesting program and the group is adjourned by 9:00.

The breakfasts are organized by a five-member steering committee; and four of the five members of that group, Duane Hartzler, Ron McNutt, Al Toensing, and Gary Zellinger, are residents of SaddleBrooke. Any SaddleBrooke resident interested in attending may contact one of the committee for additional information.

Resurrection Church at SaddleBrooke holds its all-denominational Sunday worship services at 9 a.m. and 10:30 a.m. in the Vermilion Room at the SaddleBrooke One Clubhouse. All are welcome.