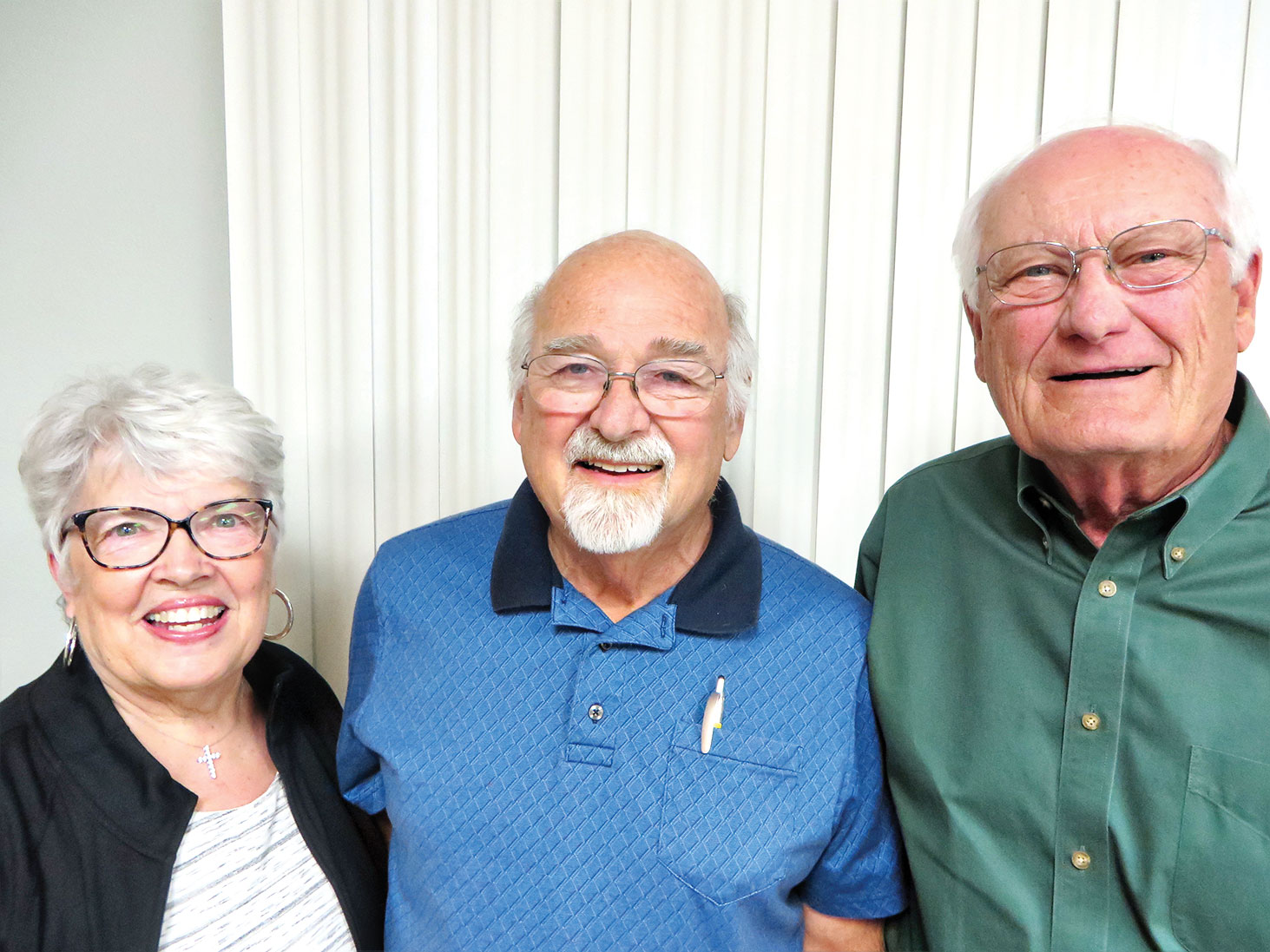 The Resurrection Church Men’s Breakfast Group was brought up to date on Church happenings at its March meeting when the speaker for the day was current Church Council President, Don Thurmond. Don, who is now in his sixth year as a Council member and third as Council President and brings a wealth of experience and accomplishment to his position, spoke on how the Church is organized as well as on its future expansion.

Before retiring and moving to Arizona, Don’s life was spent in California. There he designed manufacturing facilities and ran companies that had high speed production lines. For a number of years he served as Vice-President of all Western Region Lucky Stores manufacturing plants. After leaving Lucky he started a consulting company but finished out his working life by spending six years as the operations director for the Southern California College of Optometry. Don and his wife, Roseanne, bought a home in Heritage Highlands in 1998 and lived here part-time while he continued to work. Then, after he fully retired they moved to the Honeybee area in Oro Valley and have lived in Arizona full-time since 2009.

There are nine representatives of the congregation who serve on the Resurrection Church Council. In addition, Senior Pastor Al Jenson and Associate Pastors Tim Nybroten and Randy Winsand sit on the Council but are non-voting members. All Council members are elected at-large and represent no particular worship service, constituency or interest group. Two of those members, Judy Stanard and Gary Zellinger, live in SaddleBrooke. Judy joined Resurrection Church in late 2014, shortly after the Church started a service in SaddleBrooke. She was appointed to the Council in late 2015 to fill an unexpired term and was re-elected to a three-year term last November. Gary joined Resurrection Church a few months later and was appointed to the Council last fall, filling a vacancy for a term that will expire at the end of this year.

The Resurrection Church Men’s Breakfasts take place the first Saturday of the month for the months of October through May. Meeting place is the Outreach Center at the main campus in Oro Valley. Time is 7:30. There is always an interesting program and the group is adjourned by 9:00.

The breakfasts are organized by a five-member steering committee; and four members of that group, Duane Hartzler, Ron McNutt, Al Toensing and Gary Zellinger, live in SaddleBrooke. Any SaddleBrooke resident interested in attending can feel free to contact one of the committee for further information.

Resurrection Church at SaddleBrooke holds its all-denominational Sunday worship services at 8:30 a.m. and 10:00 a.m. in the Vermilion Room of the SaddleBrooke One Clubhouse. All are welcome.