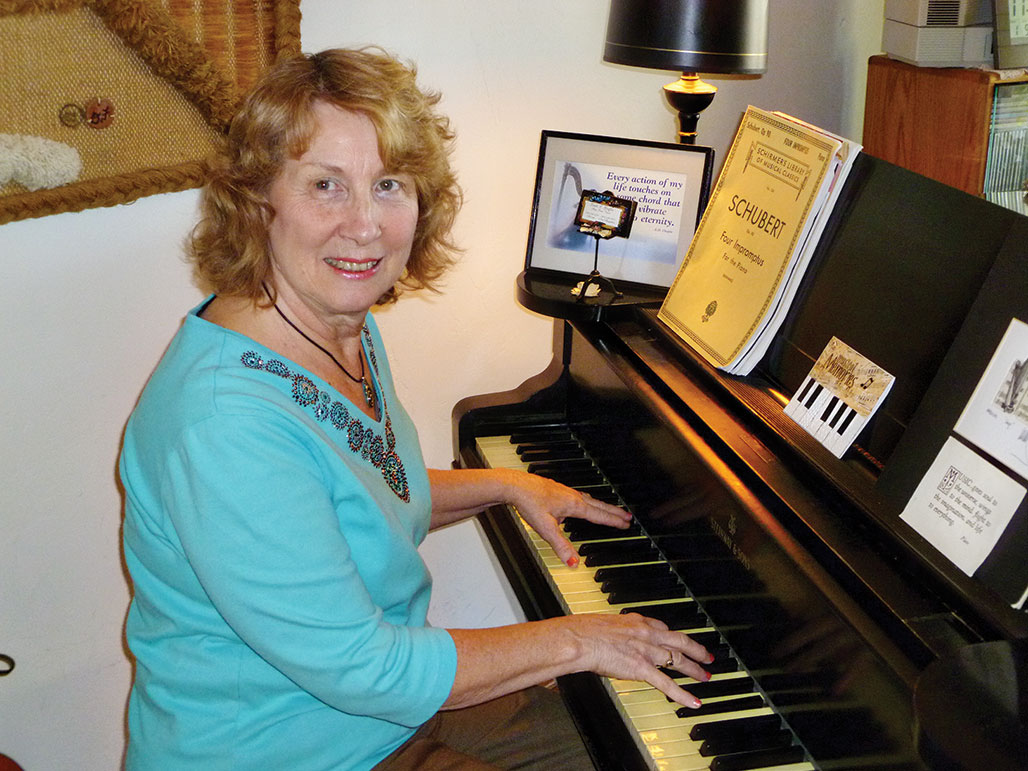 The ILR is fortunate to have Linda Griffin, PhD, as an instructor in our program. She has over 40 years of professional experience in the fields of literature and music and is most enthusiastic about all the courses she teaches. Let’s take a closer look at her many talents.

Linda was born in Yale, Michigan. She earned a B.A. and M.A. in English at the University of Michigan and a Ph.D. in English from the University of South Florida. After two years of teaching in high school she moved up to teaching at the college level where she has 38 years of experience. Her favorite courses were American and British Literature. Linda presented many professional papers at state and national conferences and also published articles on Medieval British literature. During her tenure she received many teaching awards, highlighted by being honored with a National Fulbright Teaching Award that sent her to Belfast, Ireland, where she taught for a year from 1997 to 1998.

Linda’s musical talents include piano, organ, keyboard, harp, guitar and vocal. As an actress she starred in the musical The Unsinkable Molly Brown and in I Do I Do, a two character musical with 20 songs where she played the role of Agnes Snow. She has also sung in a number of Gilbert and Sullivan operettas.

Linda retired to SaddleBrooke with her husband 10 years ago; unfortunately, he passed away in 2010. She has not slowed down but continues doing the things she likes best. She has served as the musical director of several SaddleBrooke Variety Shows. For the last nine years Linda has been the Director of the SaddleBrooke Singers which many of you have enjoyed from either the stage or the audience. Since 2006, when the ILR started offering courses, Linda has been very active and has taught courses on Native American Literature, American Novelists, Shakespeare, Medieval British Literature, American Short Stories, American Poets and Mark Twain. In her spare time (?) she plays a daily Scrabble game with her partner David Stegink.

Quotes from her students: “She’s phenomenal; I would take any course she teaches.” “Such a fun class; top grade!” “First rate course by a first rate instructor.”

We are proud to have Linda Griffin share her knowledge with us. For more information on the ILR go to  www.sbilr.org.