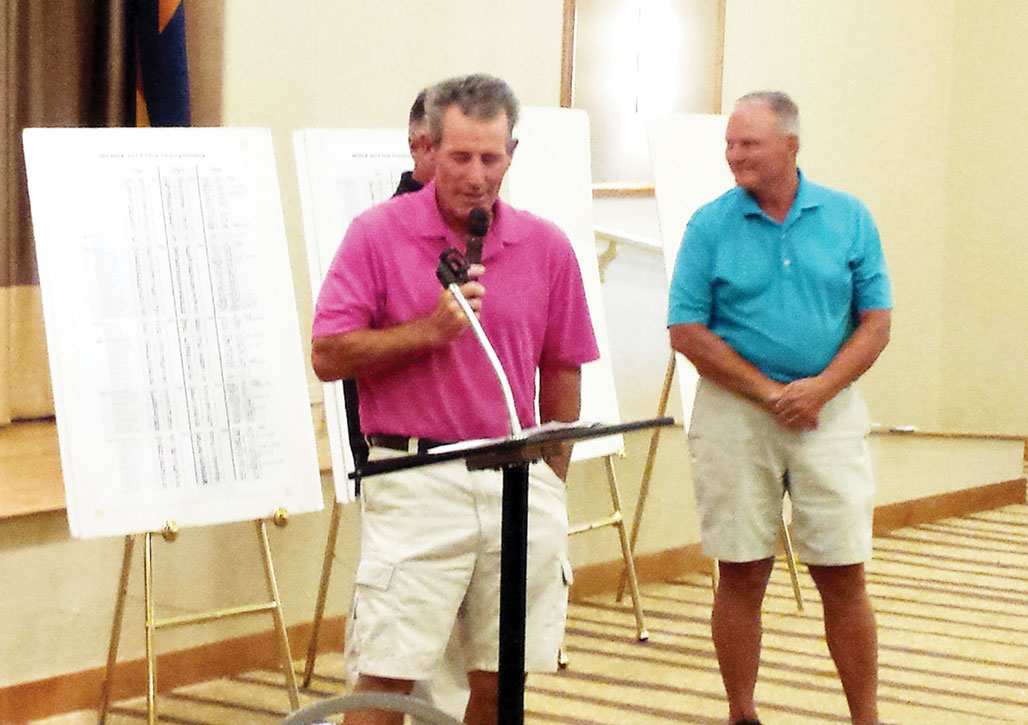 The MountainView–Preserve Men’s Golf Association Club Championship was held over two days on November 12 at MountainView and November 13 at The Preserve with 96 members participating. Course conditions were excellent and the weather was great all leading to a very competitive tournament. There were nine flights, three of which were competing for the overall club championship. Bob Eder did a fantastic job organizing the tournament with overall gross and net score winners along with gross and net flight winners at several tee choices. There were also some very challenging pin placements, all of which led to a competition that appealed to golfers of all levels. A new wrinkle for this tournament was the complimentary Bridgestone Ball fitting with four Bridgestone Balls given to each participant. Alas, most of us have already donated the four balls to the desert.

The disappointment of the tournament came when Don Plapinger came within two inches of a hole-in-one on number 4 at The Preserve which would have won him a new golf cart from Golf Cars of Arizona. A close second in the disappointment category was Bob Brussel who came within one inch of an ace on day one; however, no golf cart was up for grabs on that shot.

Everyone celebrated their scores (good and bad) with unlimited pizza and beer at the awards luncheon following the day two round. All M-PMGA members owe Bob Eder and his many volunteers who put in a lot of time and effort a big thanks for making an event like this a big success.