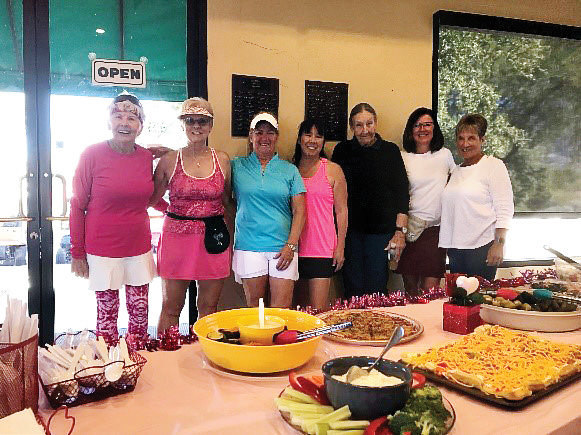 Nineteen mixed doubles tennis and POP Tennis matches were played on all the SaddleBrooke tennis courts from 1 to 3 p.m. When the matches were completed, participants returned to the SaddleBrooke Tennis Center patio to enjoy the potluck meal, which included hot dogs, side dishes, and desserts. Approximately 80 STC members and guests participated in the event. Debbie McGeehan emceed the event and welcomed all the new tennis and POP Tennis members to the club.

The STC Social Committee wishes to acknowledge all those who helped make this event successful!

SaddleBrooke residents interested in joining the STC to play either tennis or POP Tennis should contact Tracy Reingruber, the new-member coordinator, at [email protected] or 571-218-7677.