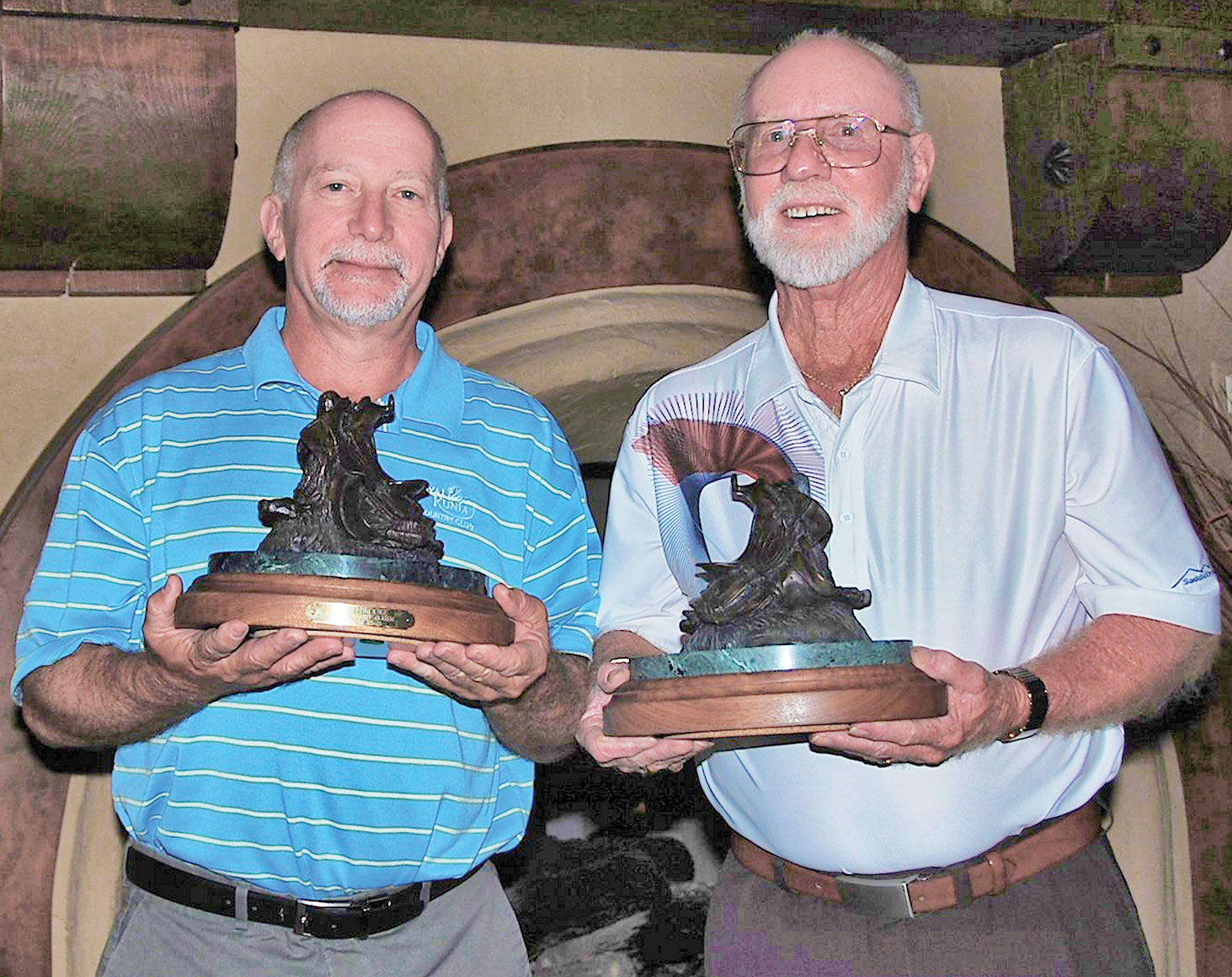 The twenty-fourth annual RoadRunner Classic Member-Guest Tournament was held April 23, 24 and 25 at the SaddleBrooke One golf course with guest participants coming from all points to play with their SMGA partners. There were a total of 106 players entered in the tournament in nine flights and formatted to have two nine hole match play contests for each team on days one and two and a single nine hole match play event on the last day. Each team played the other teams in their flight one time and two points were awarded for each hole won for a total of 18 points per match. The team with the most points at the end of the third day were winners of their flight.

Flight winners were then pitted against the other flight winners in a shootout. Shootout was broken into two divisions; Flights one through five in the first and six through nine in the second. The top two teams in each division were selected and a four team lowest score contest was conducted with one team being eliminated on each of the first two holes of the final shootout until only two teams remained. These two competed on the last hole with lowest net score determining the overall RoadRunner Classic champions.

The Tournament Chairman Gus Pachis and RoadRunner Tournament Director Virgil Maynard were highly complementary of the SaddleBrooke One Pro Shop staff of Bernie Eaton and Clark Hall and the Grounds Keeping staff of Mike Roddy for the great course conditions. He also had high praise for the volunteers who helped out with all aspects of the tournament. About two dozen volunteers were coordinated by Sonnie Davis who was present at all tournament activities. Thanks, Sonnie!

See you next year!