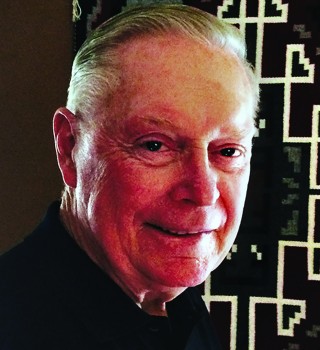 Jon Chase has served the SaddleBrooke Tennis Club as a coordinator for eleven years. His tenure illustrates the value our club places on this important job. Our unique Organized Play program cannot function without dedicated coordinators who run the computers to arrange games and make reservations every week of the year. Without this service, players would have to arrange their own games. We would rarely have the opportunity to meet new players and make new friends without the hard work of Jon and the other coordinators.

Jon, who suffered a ruptured Achilles tendon last December, looks forward to returning to the game. Tennis has been a major interest since he moved to our community seventeen years ago. During that time he has watched SaddleBrooke develop and mature as has SaddleBrooke Tennis Club itself. He notes that membership has also experienced maturation and turnover with the ongoing years. Through it all he has fostered personal interchange with hundreds of players. That’s understandable because he is a great conversationalist who has the ability to make members feel at home in their own club. He has always provided a personal touch that makes it so pleasant to see a familiar face on our way to the courts.

Thanks, Jon, for the wonderful part you have played in making the STC such an enjoyable part of our SaddleBrooke experience.

Remember to check out the STC Facebook page at: www.facebook.com/saddlebrooketennisclub.