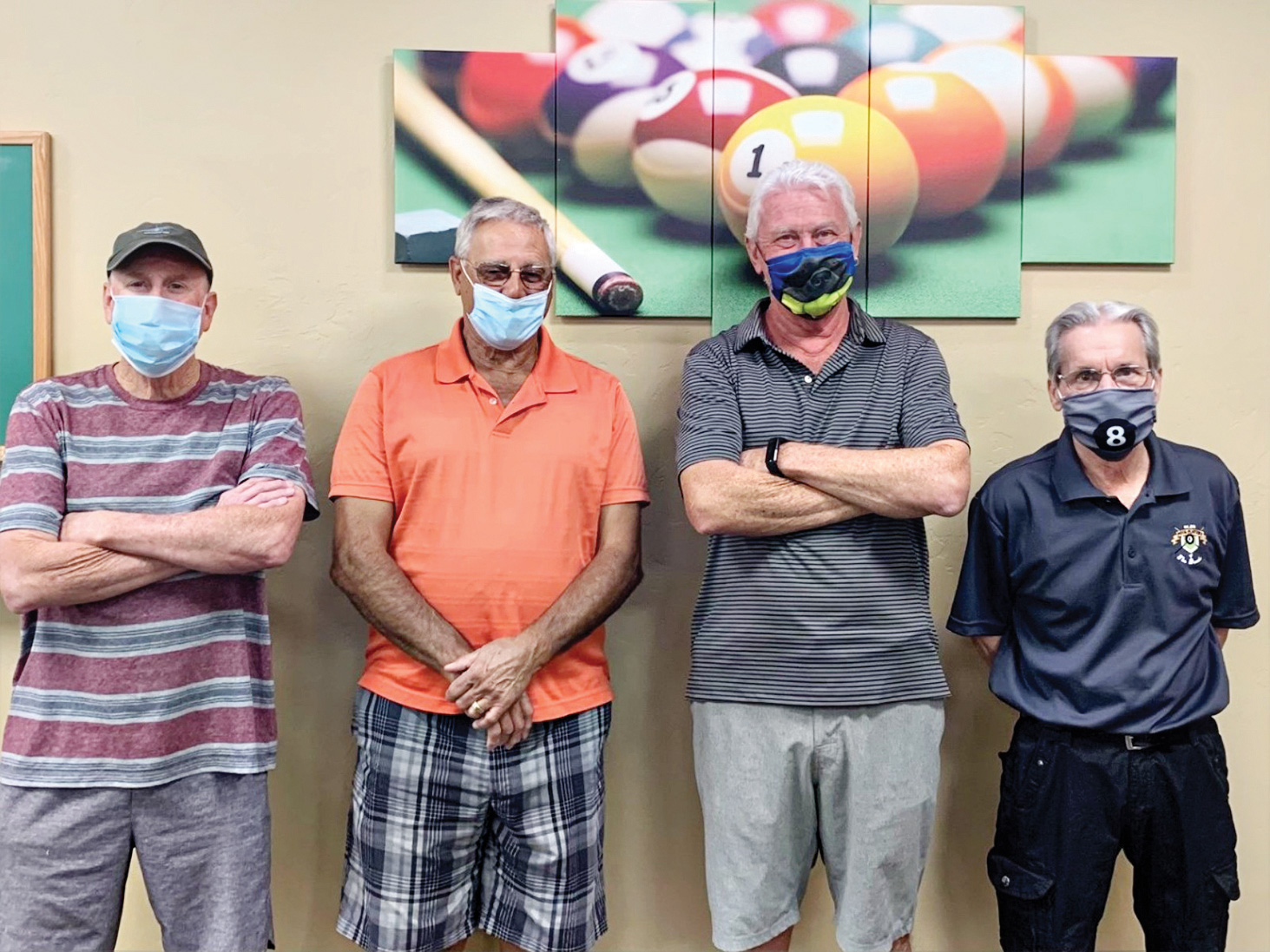 On Saturday, April 24, the PPB Billiards Club hosted an 8-Ball Singles Tournament in SaddleBrooke One’s Catalina Recreation Center (CRC) Billiards Room. The format was single game, double elimination. Due to COVID-19, all participants were required to wear face masks, sanitize their hands before every game, and only eight players at a time were allowed in the billiard room, with the other participants waiting in the card room or outside to keep social distancing. Participants endured the face masks even though some had difficulty breathing easily, and some had their eyeglasses fog up while playing.

Jack Hoverter’s path to victory over a field of 15 skilled 8-Ballers was as follows. He started out by defeating Jim Fabio; next, Jack defeated Joe Giammarino. Terry Sterling was his next victim. Jack then continued his perfect run by beating Tony Cardillo. Joe Giammarino came through the loser’s bracket to meet Jack, who was on the hill. Joe would have to beat Jack twice to win the tournament. Joe broke, made a ball on the break, then another ball, but got hooked and didn’t have a shot. Joe executed a good hit but did not make a ball. Jack got to the table and proceeded to run eight balls and out for the win! Congrats Jack “Scratch” Hoverter on winning the last two 8-Ball tournaments in a row!

The PPB wants to extend a big thank you to all our participants and sponsors. The 8-Ball Singles Tournament started at 1 p.m. and lasted two hours, with 29 games of 8-Ball being played. We competed and met some new friends that shared our passion. That is a good day! Rack’em up!