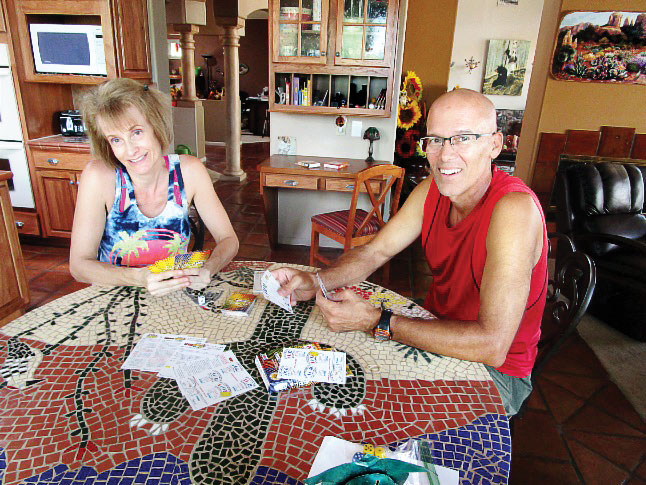 But, wait, he has two children’s books in print, Reindolphins, and Dreams, Screams, and Jelly Beans.

So, that should be enough wouldn’t you think?

Who is Kevin Brougher? He is a SaddleBrooke retired school teacher after thirty-two years in grade school, middle school and high school teaching English, pre-algebra, algebra and math.

He gets his ideas from algorithms and they just pop into his head. But, he has a partner who reviews his concepts, makes suggestions and tries them out to see what works.

Chelsy Brougher has spent over twenty years with Travel Leaders as a travel consultant and has been with Met Life for over ten years. She is active in the SaddleBrooke community and can often be found in the fitness center with her husband Kevin. They have two dogs and a lovely home decorated in the Southwestern décor that is impressive to see.

If you are looking for a great book for your grandchildren, or a game to test their mental skills, they can be found on Amazon or at our community gift store. And, if you want an interesting game of Blam! (with or without dice) designed for two, four or six players, these latest inventions can also be found in our local gift store.