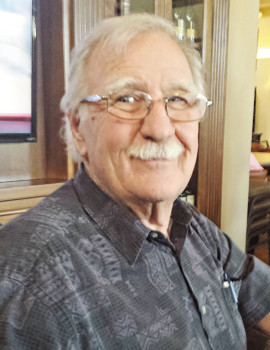 Bill was born August 21, 1941, in Honolulu, Hawaii, and returned to the mainland as a baby on the S.S. Lurline Liner following the bombing of Pearl Harbor. He grew up in San Diego, California.

In 2007, he and his wife Katie moved to SaddleBrooke from Glenwood Springs, Colorado. They enjoyed the privilege of living along the Roaring Fork River for 14 years where trout were plentiful. He was a Planning and Zoning Commissioner for the city while living there. Before living in Colorado they raised four children in Thousand Oaks, California.

Bill had a degree in Real Estate and was a General Contractor, home builder and real estate investor. Everything he built was a work of art.

He passed away at his home in SaddleBrooke with his wife at his side on January 1, 2015. Bill was a man always full of joy and just loved being. He understood that love is life’s greatest gift. He is missed every minute of every day.

Graveside services were held in Thousand Oaks, California. Memorial donations may be made to the Alzheimer’s Association at alz.org. 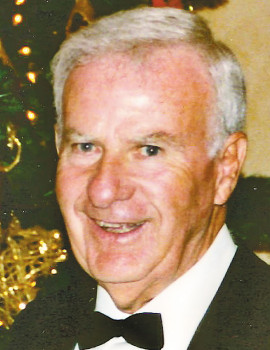 Kuhn, Richard Edward, was born in York, Pennsylvania, to George and Marjorie Kuhn on December 25, 1930. He passed away February 4, 2015, at his home in SaddleBrooke Country Club in Tucson, Arizona, from the results of colon cancer.

Richard known as “Dick” by family and friends served his country as an enlisted soldier in the Army. He retired after thirty years with the U.S. Forest Service as an accountant and coordinator of accounts procedure writing a book for the Forest Service use. He traveled a lot while working from Japan and Alaska to New York City and all points between. He served his faith community through nineteen years as President of the St. Vincent de Paul’s Society of Tucson at the Santa Catalina Catholic Church and also as a Catechism teacher. He served his local community through many years as a volunteer youth sports coach and scout troop leader. He graduated from York Catholic High School and also from York Junior College where he was a member of the basketball team and then graduated from University of Denver. Dick loved all sports, especially University of Arizona men’s basketball. He was an avid golfer and lap swimmer. He loved listening to jazz and regularly attended performances at the King of France Tavern in Annapolis, Maryland. Dick was very sympathetic to those less economically fortunate donating constantly to various charities as well as his own alma mater. He and his wife Elise traveled extensively in Europe and the states, including cruising and timeshare trips. They enjoyed golf, singing in the choir together, attended many live musical shows, operas and plays and trips in the motor home.

Remembrances can be donated to St. Vincent de Paul at Santa Catalina Church or Hospice. 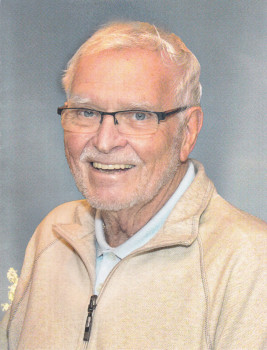 So many paths may intersect

as through life’s maze you wend your way.

Some travelers smile, some circumspect—

and some you’ve time to mores weigh.

Preston became such a man,

and over time became my friend.

proved on resolve you could depend.

Together we climbed mountains,

“No sniveling” the cry.

We damned near drained the fountains

our throats became so dry.

Preston shared his path with me

We worked together as a team

He played his part each Flag Day

ever since Two Thousand Two.

brought tears to all in the milieu.

Though God has called him near

to be there by his side,

his friends will hold him dear

and ever within their hearts reside.