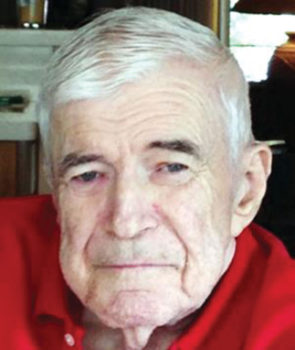 Keller, Harry Robert died on March 18, 2016, after a long battle with Parkinson’s disease. Harry was born on May 29, 1934, in Auburn, New York to parents Margaret and Robert. He joined the Navy and enjoyed a 20-year career as a pilot and Naval Officer. Harry met his wife Jean Mary Moss while stationed in Bermuda and they married on September 8, 1960. They traveled extensively during their marriage to numerous military installations around the world and raised three children. After the Navy, Harry obtained his B.S. and M.P.S. degrees from the School of Hotel Administration at Cornell University in Ithaca, New York. Harry then stayed at the Cornell Hotel School and served as Director of Placement and then Director of Alumni Affairs. With his wife Jean, Harry enjoyed many more years of travel during their interactions with Cornell alumni. Harry retired with his wife to Tucson and enjoyed an active life at SaddleBrooke while participating in the SaddleBrooke Singers and Rotary Club. Harry is survived by his three children, Jim, Patricia and Bridget and five grandchildren, Patrick, Christopher, Tristen, Austin and Allison. The family has requested that donations be sent in Harry’s name to the National Parkinson Foundation. Arrangements were made by Desert Rose Heather Mortuary.

She had been fighting cancer and chronic kidney disease for many years. Lorna was preceded in death by her husband, Richard Danforth Horton on November 9, 2015. Both were cremated and their ashes shall be interred together at Arlington Cemetery with full military honors at a later date.

Lorna is survived by two sons and a daughter along with their families which provided her with many grandchildren and great grandchildren.

Family welcomes friends to join them in celebration of both Lorna and Richard’s lives at 4:00 p.m. on Sunday, May 15 at the SaddleBrooke – MountainView Event Center, 38759 S. MountainView Boulevard, Tucson, Arizona 85739.

Memorial contributions are welcome for Lorna and Richard and should be mailed to Casa de la Luz Foundation, 7740 N. Oracle Road, Tucson, Arizona 85704.