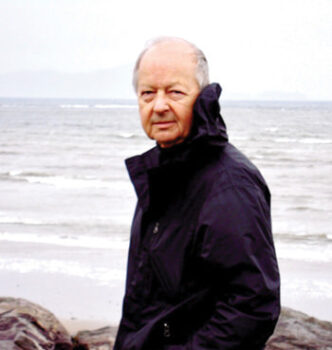 Bruce Leon Davis passed away on July 10, 2022. He was born to Evelyn Davis and Harold Davis on March 3, 1943, in Aledo, Ill. He was raised in Milan, Ill., and graduated from Rock Island High School Class of 1961. He earned a bachelor’s and master’s degree in theoretical economics at the University of Illinois. Bruce served in the Army from 1967 to 1969 and was stationed in Korea. Bruce went on to earn an MBA from Northwestern. He had a successful career in corporate finance starting at Bell & Howell and finishing at Quintessence.

Bruce met his wife Marilynn Davis while in graduate school. They married in 1968. Bruce and Marilynn made their home together in Highland Park, Ill., for 38 years before retiring to SaddleBrooke in Tucson, Ariz., in 2013. Bruce was interested in personal fitness throughout his life, lifting weights, playing handball, long walks along Lake Michigan, through the Chicago Botanic Garden, as well as walking the SaddleBrooke trails.

He was a lifelong sports fan and cheered for the Chicago Bears and the Chicago Bulls. Bruce loved nonfiction and was an avid reader. He absorbed anything he could read about history or politics. Bruce was a wonderful cook and was known for his pastries, scones, Belgian waffles, and soups. He was a consummate host and enjoyed throwing dinner parties. Bruce was a lifelong aficionado of theater productions. He subscribed to small, intimate theaters as well as Steppenwolf and Goodman Theater in Chicago, Ill. He purchased a subscription to Arizona Theater Company before closing on his home in SaddleBrooke. Bruce also loved classical music, and he was a subscriber of the Southern Arizona Symphony Orchestra.

Bruce is survived by his devoted wife Marilynn Davis; his sister Irene Rockhold of Milan, Ill.; three nieces; three nephews; and two great-nephews. He was preceded in death by his brother Roger Davis.

A celebration of his life was held at The Preserve in Tucson, Ariz., on Aug. 3, 2022. The family would like to extend a heartfelt thank you to Bruce’s home caregivers and the staff at Senior Park Villas. Memorials can be made in Bruce’s name to the Arizona Theater Company. 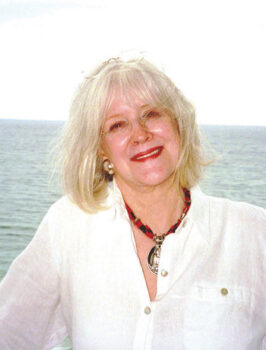 Jo Fritz, 85, a SaddleBrooke, Ariz., resident since 2003, died July 18, 2022. She was a retired multi-dimensional healer and graduate of the Charles Tebbetts School of Hypnotherapy and the Barbara Brennan School of Healing. Jo had great interest in creating positive change in the world, and she was generous in her support of many causes. She was self-employed and had an active practice helping people for over 20 years.

Jo was born on July 26, 1936, in La Jolla, Calif., along with her twin sister Sara (deceased). She was proud to be a sixth generation Californian. Her family moved to Humboldt County, Calif., when she was young, settling in Redway. She graduated from Southfork High School, and she and her sister worked in Goldie’s Dress Shop where Goldie acted as a second mother to the girls. Later living in the Myrtletown area of Eureka, raising a family with husband Glenn Wallace, she and her sister’s family would vacation at their cabin at Trinity Lake where she enjoyed spending time with her children, niece Stephanie, and nephew Scott.

She was a member of the American Contract Bridge League. Jo was a gifted player and fierce competitor, achieving the rank of Diamond Life Master. It was at a bridge tournament that she met the love of her life and best friend, Doug Fritz. They married at the Isis Oasis in 1987, and together they traveled and made homes in Pacific Grove, Calif.; New York City; Seattle, Wash.; and Tucson. She is remembered in the small and memorable moments she created with Doug, her children, grandchildren, great-grandchildren, and her well-loved pets, which include blasting Neil Diamond while getting housework done, offering clever stories and poignant antidotes as guidance for navigating life, smiling and watching kids and pets in the pool, and sharing a laugh together over episodes of The Big Bang Theory.

She is survived by her husband Doug of SaddleBrooke; her daughter Mollie Holmgren of Hydesville, Calif.; her son Jerry Wallace and wife Michele of North Plains, Ore.; her son Christopher Wallace of West Sacramento, Calif.; stepson Jonathan Fritz and wife Georgia of Grand Rapids, Mich.; six grandchildren; and five great-grandchildren. Her family will celebrate her life and scatter her ashes at 12:17 p.m. on July 26, 2023, at Shelter Cove, Calif., a favorite place of her childhood. Memorial contributions may be made to the ASPCA. 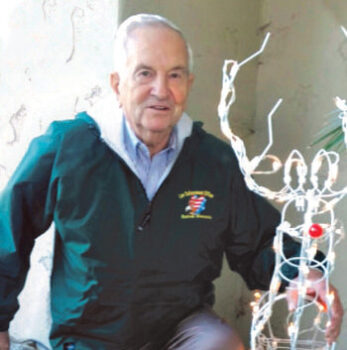 The SaddleBrooke community recently lost an outstanding and distinguished resident. All know Jack as the hardworking volunteer who so beautifully decorated the SaddleBrooke One clubhouse for the holiday season. Jack’s dedication and consideration for his community go back long before he moved to SaddleBrooke. As a young man, Jack decided he wanted to serve his community, either as a police officer or firefighter. As it turns out, he did both. He started the Eden Prairie, Minn., Police Department on Jan. 1, 1973, with five other officers and served as its chief until 1985. He also became the public safety director of the existing Eden Prairie Fire Department. During this time, Jack dedicated his time to helping people. On duty and off duty, his passion was helping kids. He liked everybody and was selfless in what he did. He was a hero to several people and always said, “I was just doing my job.” We mourn our loss of Jack and will love and miss him forever.

The Hacking family wants to say thank you to our dedicated SaddleBrooke friends and others for the loving care and support that you gave Jack and me this year. We also thank you for all your cards and phone calls after Jack’s passing. Janice, Sandy, Steve, Mike, Kris, Ana, Mackenzie and Pixie.