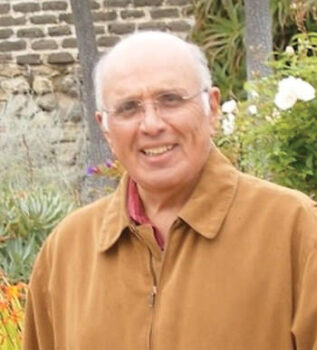 George Moore, a SaddleBrooke resident since 2006, lost his courageous 18-year battle with Parkinson’s Disease on June 22, 2021. George was born on May 22, 1945, a first generation American, his parents having immigrated as children from Lebanon and Italy. He grew up in the Red Hook section of Brooklyn, attended Catholic elementary and high schools, and worked two jobs to pay for his degree in mathematics from St. John’s University.

In 1968, George moved to California to work as a computer programmer for Hewlett Packard—“back when the place was still run by Bill and Dave.” While at HP, he completed a master’s degree in computer science at New York University and an MBA at Santa Clara University. Over his long career, George led sales and marketing for several high-tech start-ups, one of which took him in 1990 to San Diego, where he met his wife, Nancy, and took her son under his wing.

George’s family and many friends will deeply miss his intelligence, sense of humor, tenacity, and charm. His wife and son were blessed to receive the love, encouragement, unconditional support and guidance he provided for the past 31 years. While heartbroken by this tremendous loss, they are grateful that his physical suffering has ended and that they were able to share so many wonderful adventures together.