Lori grew up in a military family allowing them to travel and live in many parts of the world. Her father was a colonel in the Air Force. One of her brothers died at 25 after a life of many medical problems.

Lori was a loving and compassionate person who enjoyed music, dancing, and her doggies. She was a member of the SaddleBrooke Singers, the Hawaiian Hula, and several other dance groups. She owned two dogs and was part of the Shih-Tzu community with her dogs Pinky and Binky.

Lori was a very private person who hardly ever talked about her personal life. She moved to SaddleBrooke in 2000 with her mother and father and a few years later moved into her own home.

According to her brother Brian, also a SaddleBrooke resident, Lori went to Kentucky Wesleyan College and then did a year at the University of Maryland in Munich. She then transferred to Kentucky Wesleyan where she received her degree in business. She later joined her family in Colorado Springs and worked on her M.B.A.

In spite of all her medical problems, Lori was an accomplished pianist.

Lori suffered from lupus and lung and brain cancers. No one knew of her pain. However, she remained the sweet and smiling Lori until the end.

She will be deeply missed by all who knew and loved her.

Her memorial service will be on July 11 in the MountainView Ballroom West from 2 to 4 p.m. For more information about donations for food, call Glenda at 520-818-9525. 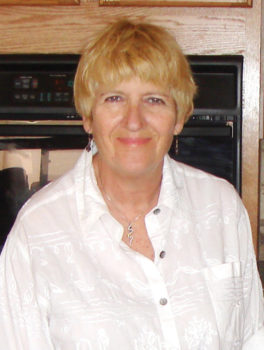 Our sweet wife, mom, sister, grammy, aunt, cousin, and dear friend Sherry (Kestenbaum) Grossman lost her battle with several health conditions and passed away peacefully in the early hours on Tuesday, May 5. Sherry was a long-time resident of Cedarburg, WI. She enjoyed retirement in the SaddleBrooke Community with Daniel, her loving husband of fifty-two years.

Sherry was born on May 11, 1946, to Jerome and Roslyn Kestenbaum. She was born in New York, N.Y. and spent her early years in Tampa and Havana. Her father’s career later took the family to Nashville, where she attended high school. Sherry graduated from the University of Missouri with a degree in secondary education. She was a substitute teacher and taught Sunday school. Her greatest joy was being a stay-at-home mom to her two daughters, Caren and Stacy.

Sherry enjoyed shopping, going out to lunch, playing canasta, entertaining friends, volunteering at women and children’s organizations, traveling, reading, baking, and spending time with her children and grandchildren. She had an infectious smile.

Above all else, it was family who brought the greatest joy, contentment, and pleasure to Sherry’s life. Sherry is survived by her husband, Daniel Grossman; daughter Caren (Grossman) Cherveny; son-in-law, Patrick Cherveny; daughter Stacy (Grossman) Lovell; son-in-law Mike Lovell; grandchildren Alec, Gavin, and Hadley Cherveny, and Mia, Aubrey, and Brandon Lovell. She is also survived by her brother Lenny Kestenbaum and two sisters-in-law, Marianne Kestenbaum and Ruthellen Keiser. She is survived by her nephews Ben Keiser, Jesse Keiser, and David Kestenbaum. She was preceded in death by her parents, Jerome and Roslyn Kestenbaum and in-laws Sidney and Sara Grossman. Sherry was fortunate to be surrounded by countless friends whom she considered family.

Due to current health and safety directives, a celebration of life will be held at a later date. In lieu of flowers or other gifts, contributions may be made in her name to Barrow Neurological Institute in Phoenix. The medical staff at Barrow provided outstanding compassion and care.

Donations in Sherry’s Memory may be given at the Barrow Neurological Foundation at shorturl.at/anBLZ or the following address: 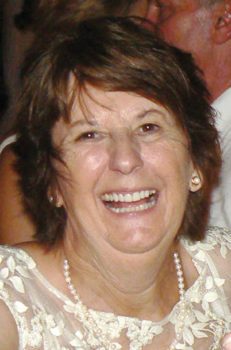 Among family and friends, Linda Ryan was loved and appreciated for her warmth, generosity, intelligence, creativity, humor and zest for living. She departed this world much too soon on May 3, at the age of 74.

Linda Carol Harubin was born on March 3, 1946, in Hamtramck, MI. She was the second of four daughters born to Frank and Frances Harubin. Her fondest childhood memories included seasonal activities on Belle Isle, family trips to Michigan state parks, reading at the Elizabeth Knapp Library on Conant, and the Better Made Chip Factory across the street from the library where one could get a fresh bag of chips for 10 cents.

Linda graduated from Wayne State University and earned a master’s degree from the University of Wisconsin. She applied her education to support students in Michigan’s Rockford Independent School District as school psychologist. The work was rewarding and Linda loved the students and families she served. She held that position for 25 years.

Linda met Jim Ryan, the love of her life, through mutual friends while in college in 1965. They married in 1968 and settled in Hamtramck to work and raise a family. They were blessed with two cherished sons, Cory and Laud. Nothing made Linda happier than her family. She instilled her love of nature, adventure, and travel in both of her sons.

In 2004, Linda and Jim retired to Arizona (enough of those Michigan winters!). When they saw a double rainbow while traveling to their new home, they knew they had found the right place. Active members of the SaddleBrooke community for 16 years, Linda particularly enjoyed the gardening, painting, and quilting groups. She also organized various women’s and couples’ card groups.

Additionally, Linda volunteered for the community library, as well as helped host the annual MountainView Collegiate Women’s Golf Tournament. She also worked for the broader Tucson community as a volunteer for Kids’ Closet and the Tucson Museum. In her spare time, Linda enjoyed quilting, painting, and being harassed for affection by the family dog, Harley.

Linda was preceded in death by her parents and sister, Geraldine, and her beloved son, Cory. She is survived by her husband, Jim, and her loving son and family, Laud, Blair, and Arden (who, by Linda’s testimony, is the most perfect granddaughter ever). She is also survived by her sisters, Arlene Wilson and Jackie Werner, and a host of loving nieces and nephews.

Memorial donations to the SaddleBrooke libraries are welcome.