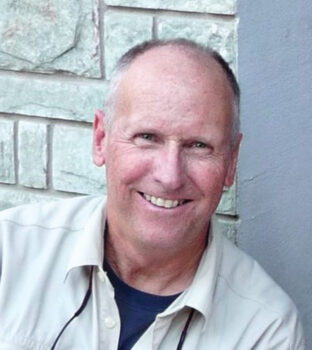 He was preceded in death by his parents Gerald Henry Brown, Jr. and Barbara Irma Opperman.

Scott attended Sacramento public schools, graduating high school in 1966. He then enrolled in the University of California at Davis where he graduated with a degree in Chemical Engineering in June 1970. Scott’s first job began in July 1970 working for the Dow Chemical Company in Midland, Michigan. His career encompassed a variety of jobs at Dow, all but one in the Computer Systems department. His career there had him transferred to Canada, California, back to Midland, overseas to Zurich for five years, and back to Midland where he retired on Jan. 1, 1998. Scott was also in the military for seven years from Nov. 1970 to Jan. 1978. He was in an Army Reserve Military Police Unit, first based in Saginaw, MI and then Port Huron, MI. He fulfilled his military commitment with the rank of sergeant.

Scott married three days after he graduated college on June 20, 1970, in Concord, CA. He and Pam loved to travel and through the years enjoyed many experiences in the U.S., Europe, South America, Mexico, Canada, Russia, and, of course, Switzerland – Scott’s favorite.

Skiing was a passion of Scott’s. From 2000-2017, Scott lived in the mountains of the Winter Park ski area of Colorado where he was able to nurture that passion. In 2002, Scott became a guide in a ski group called SkiMeisters based at Winter Park, CO ski resort, eventually becoming Head of Guides from 2005-2012. Summer also provided the opportunity for lots of golfing, another passion of Scott’s. Scott got his first (and only) hole in one on Nov. 20, 2015 on the sixth hole of SaddleBrooke’s Catalina course. In 2017, Scott and Pam moved full time to SaddleBrooke after Scott made the decision to give up skiing.

For a more detailed obituary go to the Vistoso Funeral Home website at www.vistosofh.com and click on Obituaries.