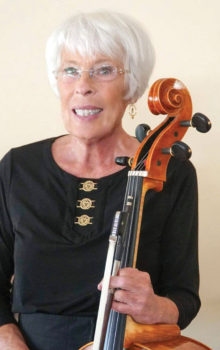 She was preceded in death by her parents, Nyle and Alice Crone; sister, Nyla and her husband, Richard Koshel.

She is survived by her stepdaughter Kathy; stepson John; cousins Harmon and Nancy Crone; nephew Chris and her beloved dog, Vesta.

Linda was born March 18, 1943, in Martinsville, IN. After graduating from Martinsville High School, she earned a Bachelor’s degree in Music from Indiana University, followed by a Ph.D. in Education from Louisiana State University. She worked for several years in education research.

She was a writer, and her book The One Who Made It was accepted for publication just prior to her death. She was also an accomplished cellist who played with the Southern Arizona Symphony Orchestra.

Linda loved to travel, hike, read and spend time with family and friends. She was an active, generous and loving person, who will be greatly missed by many.

Family and friends were invited to visit on Tuesday, May 7, 2019, at Neal and Summers Funeral and Cremation Center. A service celebrating Linda’s life was held at the funeral home. She was laid to rest privately on Wednesday, May 8 at New South Park Cemetery in Martinsville. On June 1, 2019, there was a celebration of life memorial service at the SaddleBrooke One Clubhouse in SaddleBrooke, AZ.

Memorial contributions may be made to the American Cancer Society, c/o Neal & Summers, 110 E. Poston Rd., Martinsville, IN 46151.

Online condolences may be shared with Linda’s family at www.nealandsummers.com. 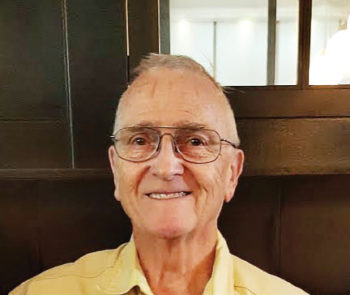 Bob graduated from Case Institute of Technology in 1958 with a B.S. in Mechanical Engineering. After college, he served in the Navy from 1959 to 1962 aboard the U.S.S. Sturdy. He then worked as an engineer for Trane and Rheem before retiring in 1996 after 27 years with Whirlpool Corporation.

Bob was preceded in death by his wife of 54 years, Lois Lamb, and his sister, Jackie Gobin. He is survived by his two children, Marvin Lamb (Ruth) and Becky Lamb, three grandchildren, Rachel Battis (Sean), Kimberly Lamb, and Melissa Vaughn (Jeremy), and two great-grandchildren, Connor Battis and Jenna Vaughn.

Bob was a long-time SaddleBrooke resident and former president of the SaddleBrooke Cyclemasters. He had a lifelong enthusiasm for learning and enjoyed photography, golf, cycling, and sailing. Bob was a devoted husband and beloved father, grandfather, and great-grandfather.  He will be sorely missed.

A memorial service will be held at a later date in Ada, Ohio; once the date is determined it will be posted on the following memorial site: https://www.desertsunsetfuneralhome.com/book-of-memories/3861899/Lamb-Clyde/index.php.