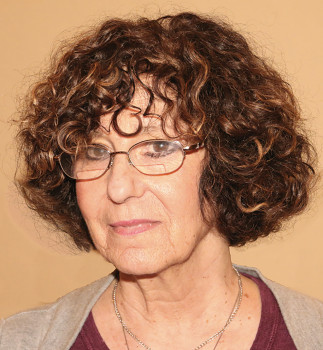 It is a pleasure to introduce you to Laurie Brussel, an artist, educator and an ILR instructor. Laurie was born in New York City and as a youngster moved with her family to Long Beach, New York, a small beach town. The natural beauty of this environment inspired her to become an artist. Laurie studied art and design at New York’s Fashion Institute of Technology and after graduation she continued her studies in drawing and painting at the School of Visual Arts in Manhattan. She learned the business end of art by managing several art galleries on Long Island. When time permitted, she taught drawing and painting classes through the Adult Education program in Lawrence, New York and also started teaching art privately in her home studio.

Laurie began her career focusing on the human body using charcoal, pastel and watercolor. The New York Times reviewed her figurative drawings favorably and compared her style with those of the Masters. She continued to extend her artistic expertise in using pastels and acrylics for paintings covering a wide range of topics from beaches, seascapes, gardens, forests, courtyards, cottages to picturesque buildings. She has received many awards at national and international art shows and her paintings have been exhibited often at Art Expo New York. In 1966 she had her first one-woman show at Central Galleries in Cedarhurst, New York, and since then she has had numerous one-woman shows. Her artwork is now being sold across the country and she has 18 limited edition graphics which are available through Central Galleries.

Laurie and her husband Bob moved to SaddleBrooke in 2002. She is currently teaching all forms of drawing as well as acrylic painting for the SaddleBrooke Fine Arts Guild and the Toscana Gallery. Leveraging on her extensive knowledge of artists and art history, Laurie has taught two ILR courses on the great Impressionists that evolved in the 19th Century. She has also taught one ILR course on The Louvre and European Paintings. Her next course in 2016 will cover American Artists and the New York Metropolitan Museum of Art.

We are fortunate to have Laurie as an ILR instructor to help bring out the hidden artistic talents that we all might possess. For more information about the ILR go to www.sbilr.org.