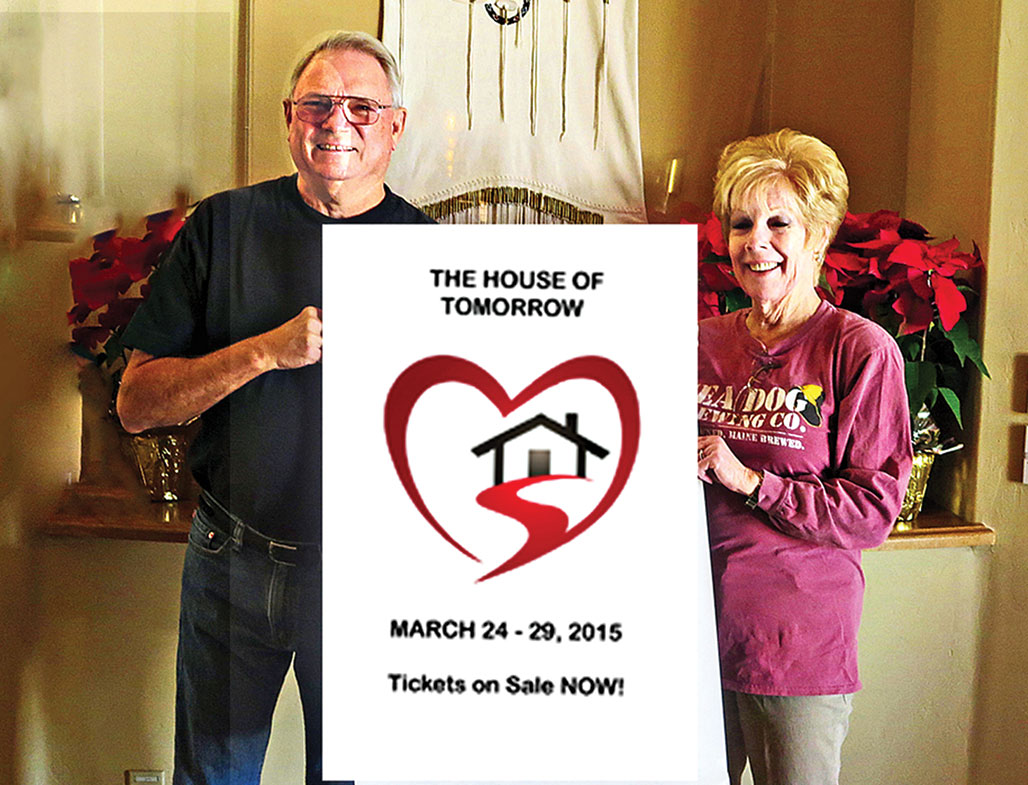 “Life offers you a second chance; it’s called tomorrow.” That quote speaks to what The PrimeTime Players’ spring play, The House of Tomorrow, is all about. Written and directed by Susan Shear, the play is made up of 28 scenes about folks our age who deal with a lot of changes and challenges but who still look to the future; to the tomorrows yet to come. The play’s scenes are about people we all know, things we experience; a couple suddenly forced to downsize to a condo; children dealing with their frail mother and who will take her in; a couple navigating the foreign world of online dating; a father encouraging his daughter to find herself and leave home at last; a woman frazzled by technology new to her; a man retiring at last from a job he never liked and a couple who’ve run out of things to say to one another.

The show performs for six evenings March 24 to 29, 2015 at 7:00 p.m. A cash bar opens at 6:30 p.m. and remains open throughout the show. Tickets are $24 including dessert, coffee and tea served at your table of 10 at the MountainView Cabaret Theatre (MVCC). Buy your tickets early as the best tables sell out quickly. Tickets are available at 825-2818, the HOA 2 office or www.saddlebrooketwo.com.