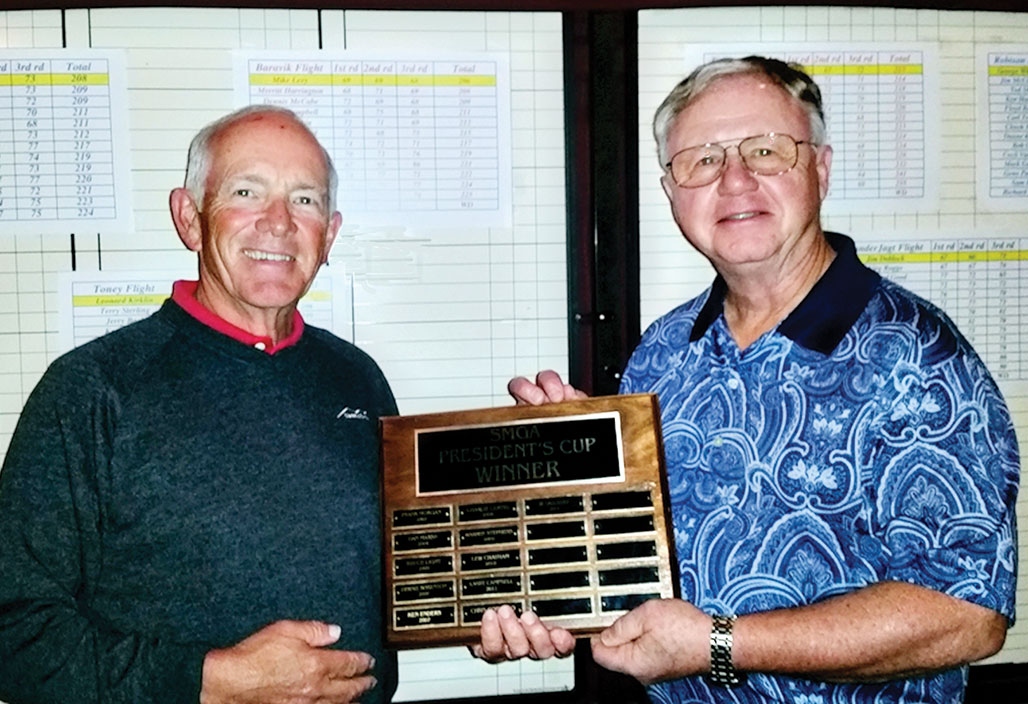 The 2014 SaddleBrooke Men’s Golf Association final tournament of the year is the President’s Cup always played in December. This year, Len Kirklin, a new member to the SMGA who previously played only with the MountainView/Preserve Men’s Golf Association, finished the three day tournament with not only an overall low net score of 197 (three strokes better than the rest of the field), but also with a hole-in-one. He averaged a net score of 65.66 strokes per round. Well done.

The tournament is a net-only event flighted into six flights named for previous presidents of the SMGA. Thus, the winner can come from any flight that has the lowest overall net score for the three days. There were 85 members who played in the tournament and each day the tournament committee paid the four lowest net scores in each flight. There were payouts to 49 players in the six flights for the prize pool of over $2,000. Thus, more than half the field won some of the pool (not to mention the $100 paid to Len for his hole-in-one!).

The overall winner, Len Kirklin, and the flight winners were all recognized in an Awards Dinner held in the Vistas at the end of the tournament. Congratulations to all the winners and all who participated in the tournament. Next year’s tournament will be held December 2, 3 and 5.