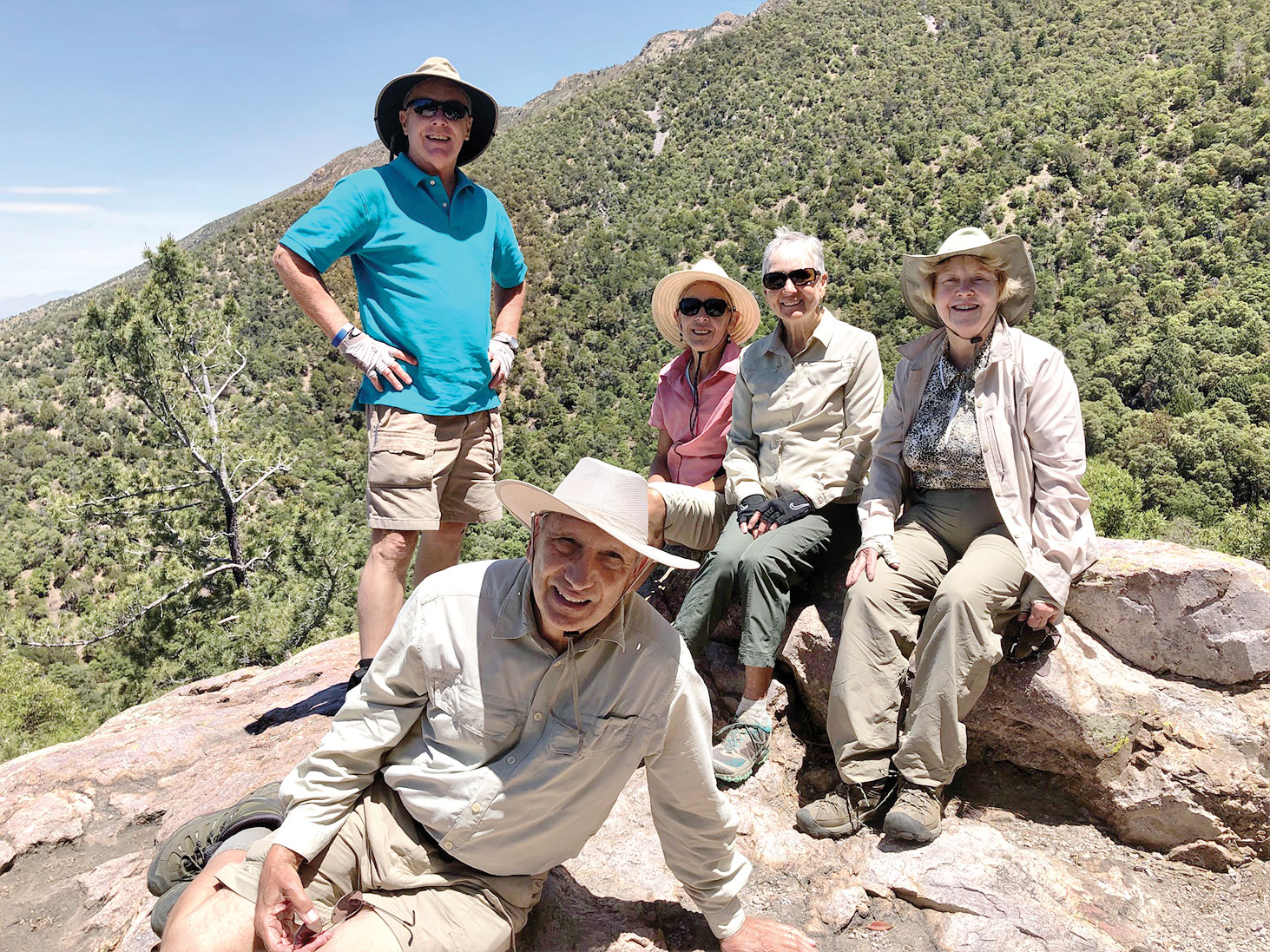 The weather was cool and overcast as SaddleBrooke hikers drove down to the trailhead at the end of Madera Canyon in the Santa Rita Mountains. On the way, drivers had to negotiate through three separate highway construction sites. But, finally, they reached the trailhead and began the trek up Old Baldy Trail to Josephine Saddle. The “upness” and rocky parts of the trail were tempered by sounds of songbirds in the trees, turkeys gobbling below in the wash, an abundant array of paint brush wildflowers and fresh blossoms, including a couple Western Violets on the numerous madrone trees.

As they stopped for a snack at Josephine Saddle, it became clear that some of the group were unfamiliar with the tragic event that took place there in November of 1958 when three Boy Scouts lost their lives in a surprise snowstorm. The event is memorialized on a plaque at the sight. At this point the hikers began to appreciate the unpredictability of weather as the air grew quite chilly and the winds became extremely strong.

They continued down the Super Trail to a spur that leads to Roger’s Rock, a large outcropping a ways off the main trail. They passed through a gorgeous and serene setting, walked on pine needles under a canopy of tall Ponderosa pine trees, crossed an ever-flowing stream that is surrounded by yellow columbines and green fiddle neck ferns. Here they encountered a turquoise lizard, identified as a Yarrow’s Spiny Lizard, who was totally content with posing for photographs. Roger’s Rock presented itself as a perfect place for lunch with a panoramic view of the Green Valley area and the ribbon of green pecan trees that follows the course of the Santa Cruz River.

The rest of the downhill trek ran alongside the creek back to the parking lot. The final stop before heading back to SaddleBrooke was a traditional stop at the Green Valley Golden Arches for refreshment–a fine way to wrap up a happy hiking venture.