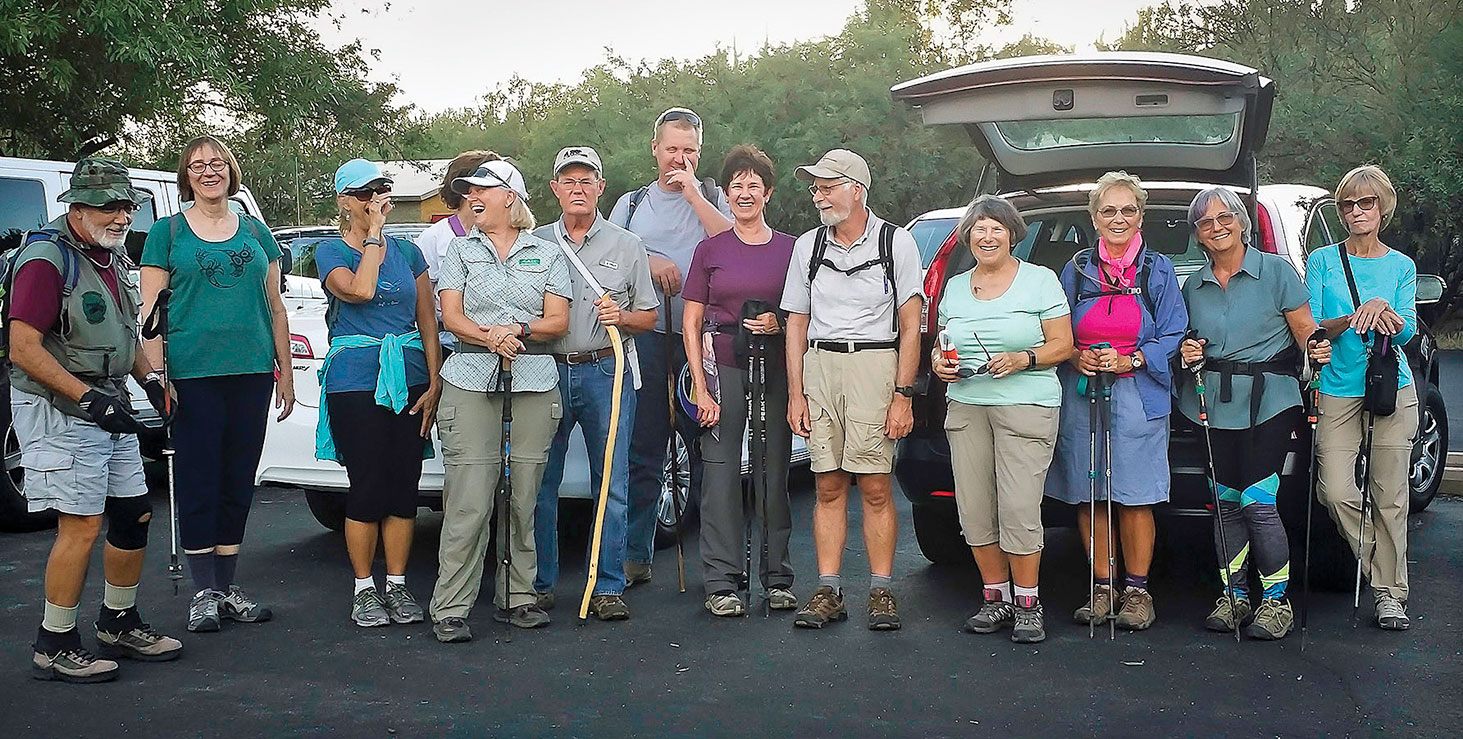 Sunset along the trail during the Moonlight Hike on August 26. Photo by Camille Esterman.

On Sunday night, August 26, a full moon was shining, called by some Indian tribes a sturgeon moon, and other tribes a salmon moon. Although still quite hot it was a perfect night for a hike and s’mores party afterward. Twelve SaddleBrooke hikers plus two guests set out for Catalina State Park. We started up the Canyon Loop trail at 6:30 p.m., making a stop at the crested saguaro and again at the top of the stairs, to look at the rocks of the Pirate Fault. The Pirate Fault was formed between about 12-6 million years ago and was the main western fault of the uplift of the Catalina mountains. By 7:00 p.m. the sun had set and we hiked in the fading glow of the beautiful colors of sunset. We started down the hill using our headlamps and flashlights.

The moon came up over the mountains about 7:30 p.m. and though it brought some light, the clouds were mostly covering it. We made a fire and brought out the marshmallows, graham crackers and chocolate, both dark and milk. It seems there was a preference for the dark. We started slowly cleaning up and suddenly there was a rattlesnake on the floor of the ramada. We had put out the fire and then quickly put everything in the car to leave it to its hunting. Everyone enjoyed the hike and the s’mores, but some would have preferred to skip that close encounter with the rattlesnake! The moon made a late appearance as we were leaving.