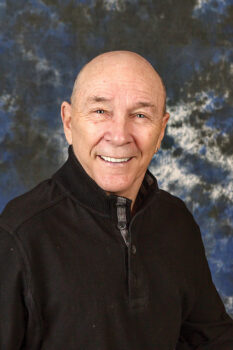 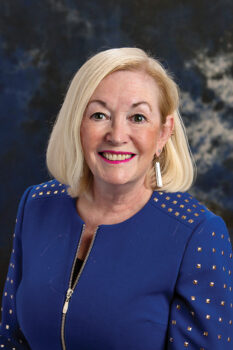 Who’s coming to dinner this March? People who enjoy terrific entertainment while dining at the Vistas Dining Room or MountainView Ballroom. Community Circle Players’ spring dinner theatre show is Paul Slade Smith’s The Outsider, and it may be the only place on earth where you can watch non-partisan political comedy. This timely and hilarious political satire skewers politics and celebrates democracy.

Just off the stage from his role in CCP’s fall show, Tim Morsani is directing the March production which is produced by special arrangement with Playscripts Inc.

Mark your calendars to attend this well written and very funny show which is perfect for an election year. Performances will be March 8-11 at SaddleBrooke One’s Vistas and March 13-15 at SaddleBrooke TWO’s MountainView Ballroom.

Ron, who will play newly appointed governor Ned Newley, moved to SaddleBrooke in 2003 from western New York with no theater experience. He has since appeared in twelve SaddleBrooke productions, played a Nazi in No Way Out at the Temple of Music and Art in Tucson, and performed as a member of the company of The Tucson Improv Movement on Fourth Avenue. In addition to theater, Ron volunteers with Community Outreach, Senior Village, and Oro Valley Hospital. Ron and his wife Pat have two sons and try to stay young to keep up with their four lovable grandchildren.

Monica, cast as a pollster, is a retired Speech/Language Pathologist and Storyteller from Winnipeg, Manitoba, Canada. This is Monica’s third appearance with the Community Theatre, including the roles of Foxy Hydes in Mafioso Murders and Susan Hollander in Don’t Drink the Water. Monica and her husband moved to the area three years ago and are enjoying the weather and lifestyle here in the Robson community.