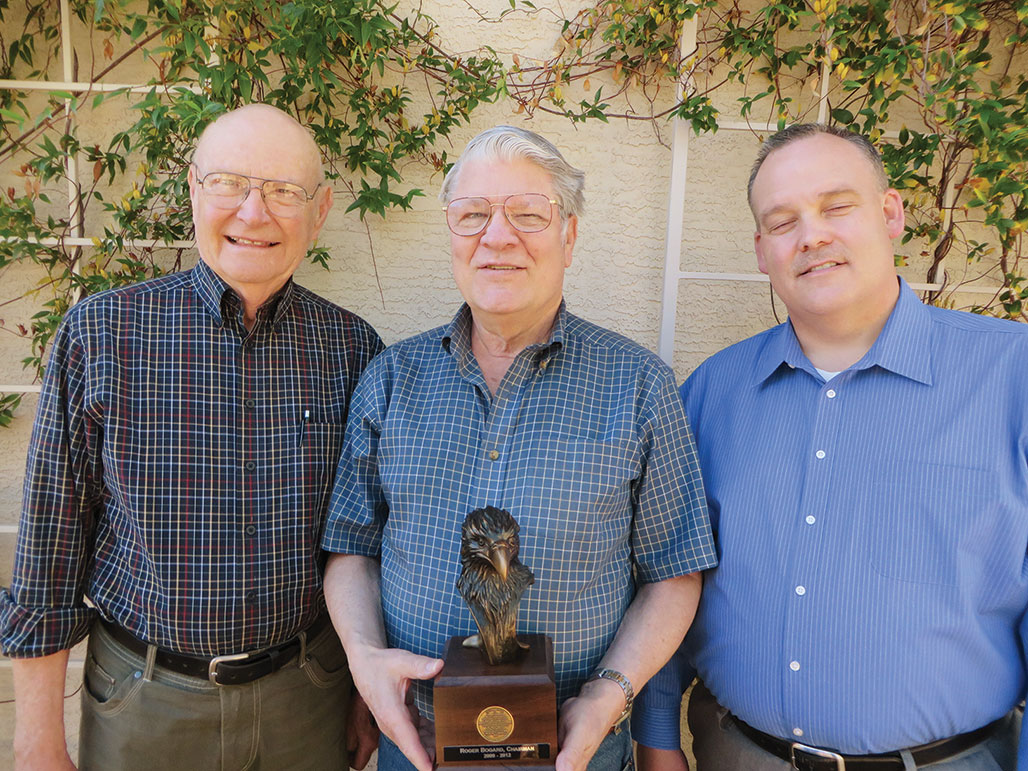 The Golden Eagles, the group which supports the Boy Scouts in the SaddleBrooke area, has honored one of their own. At the November meeting of the Golden Eagles board, long-time member and past chair Roger Bogard was presented with a bronze eagle statue in recognition of his service to the group.

Raised in Roswell, New Mexico, Roger was active in scouting as a boy and attained the rank of Eagle Scout. A graduate of the New Mexico Military Institute, Roger attended the University of Colorado. He eventually found himself in the United States Air Force where he flew 126 combat missions over southeast Asia and North Vietnam and stayed for close to 24 years. Along the way he picked up his college degree and eventually an MBA. After leaving the Air Force, Roger spent a number of years as a commercial pilot. In all, he spent some 40 years piloting airplanes, a job he thoroughly enjoyed.

Roger and his wife of 48 years, Mary Ellen, moved to SaddleBrooke 14 years ago. He has been active and held leadership positions in several organizations in addition to the Golden Eagles. Among them, and he has served as chair of all three, are Rotary, the Republican Club and the Community church at SaddleBrooke.

According to John Wiley, Golden Eagles chair, the drive began in early November and will end in March of next year. All friends of scouting, former scouts, scout leaders, and parents or grandparents of scouts are invited to contribute to this effort. This is a great opportunity to demonstrate support for an outstanding program.

Currently, close to 100 residents of SaddleBrooke participate in Golden Eagles activities and Golden Eagles is open to anyone who lives in our community. You do not need to have any prior association with scouting to belong.