Discover The Lone Eagle’s Aerial Survey of the Southwest

On Thursday, March 17 at 4:00 p.m. in the MountainView Ballroom, the Friends of SaddleBrooke Libraries’ lecture will feature Erik Berg, describing the important role pilot Charles Lindbergh and his wife Anne played in Southwest archaeology. Lindbergh is best known for his famous 1927 solo flight across the Atlantic Ocean but, during the summer of 1929, they worked with noted archaeologist Alfred Kidder to conduct the first extensive aerial photographic survey of Southwest prehistoric sites, taking numerous photos and even landing at remote Canyon de Chelly. Berg’s presentation features many historic photographs and describes this important—but little known—partnership between aviation and archaeology.

Raised in Flagstaff, Arizona, Erik Berg is an award-winning historian and writer with a special interest in the early twentieth century Southwest and the impact of science and technology. In addition to contributing to several books, his work has appeared in the Journal of Arizona History, Arizona Highways and Sedona magazines. Currently living in Phoenix, Mr. Berg is a past president of the Grand Canyon Historical Society and is an outstanding speaker from the Arizona Humanities Council.

There is no fee to attend this lecture.

Board Secretary Sought for Friends of SaddleBrooke Libraries

Love the SaddleBrooke Libraries? Want to make a difference in your community? Consider joining the Friends of SaddleBrooke Libraries Board as Secretary. This position is responsible for taking minutes at board meetings (there are nine meetings per year), sending the minutes to board members for review and submitting the final, approved minutes. Approximately three hours of work are required for each meeting. The Secretary position could be shared between two volunteers. Interested applicants should contact Barbara Hynes, FSL Board President, at 825-8167. 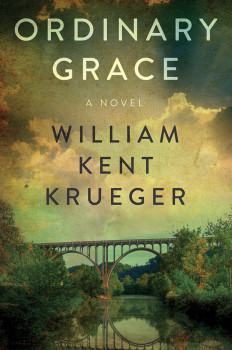 William “Kent” Krueger will be the guest speaker at the FSL Author Luncheon on Monday, March 14, 2016. He is the New York Times best-selling author of 14 mysteries in the Cork O’Connor Series, including Tamarack County and Windigo Island. His novel, Ordinary Grace, won the 2014 Edgar Award, as well as the Barry, Anthony and Macavity Awards for Best Novel. His new novel, This Tender Land, is being released this spring. Krueger, who will be in Tucson for the two day Festival of Books, harnesses his intimate knowledge of Minnesota’s northern reaches and his respect for Native American life, ancient and modern, to create haunting novels filled with vivid characters.

The luncheon will be held in the MountainView Clubhouse Ballroom. Doors open at 11:30 a.m. Tickets are $29 and can be purchased at the HOA 2 Administrative Office. The meal is an Asian Chicken Salad or a vegetarian option. All ticket sales are final. For additional information about the luncheon, please call either of the luncheon co-chairs: Judy Kany at 818-1181 or Elaine Kienitz at 825-1560.

Complete information about all upcoming FSL events and trips is provided on our website: SBFSL.org.