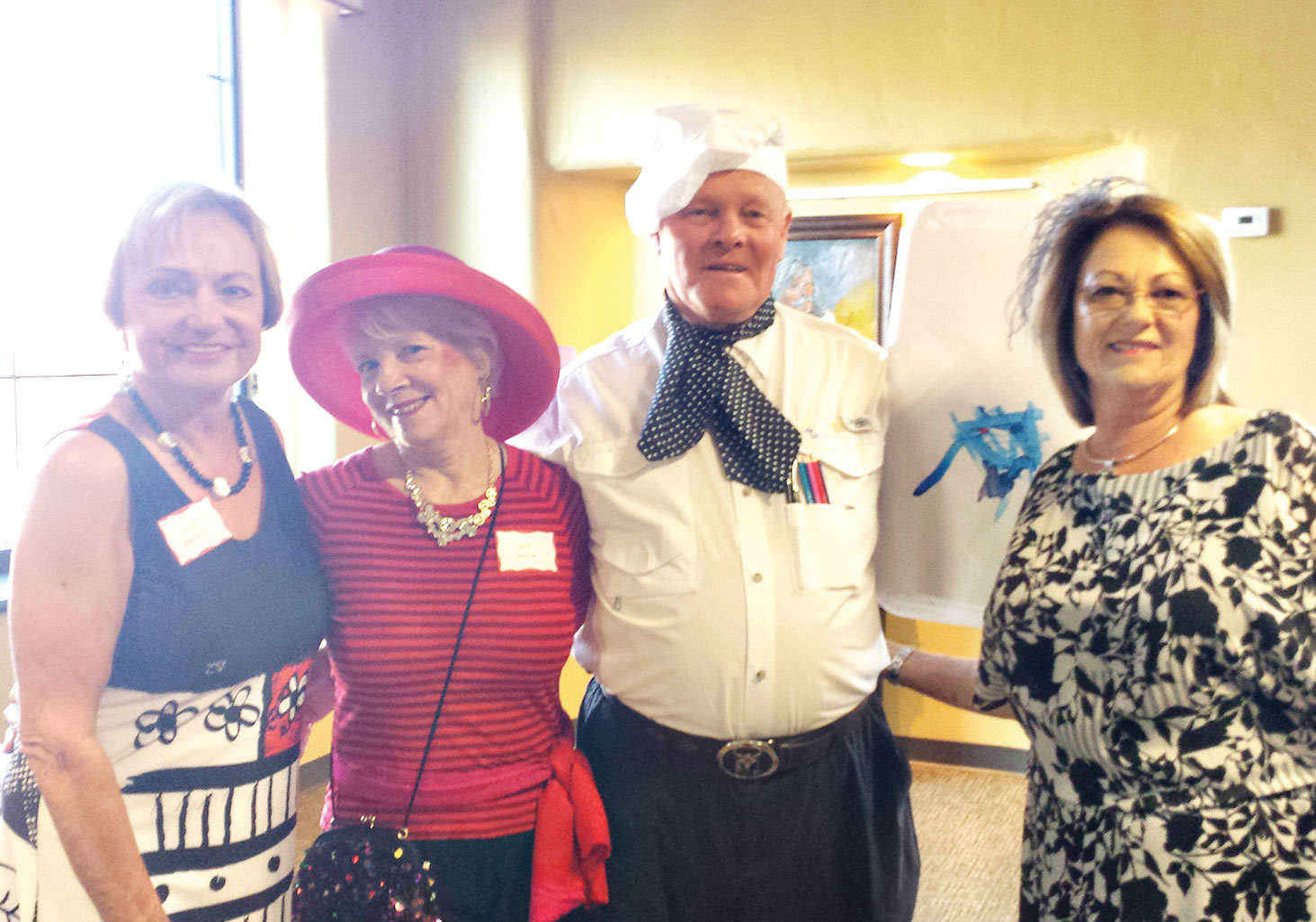 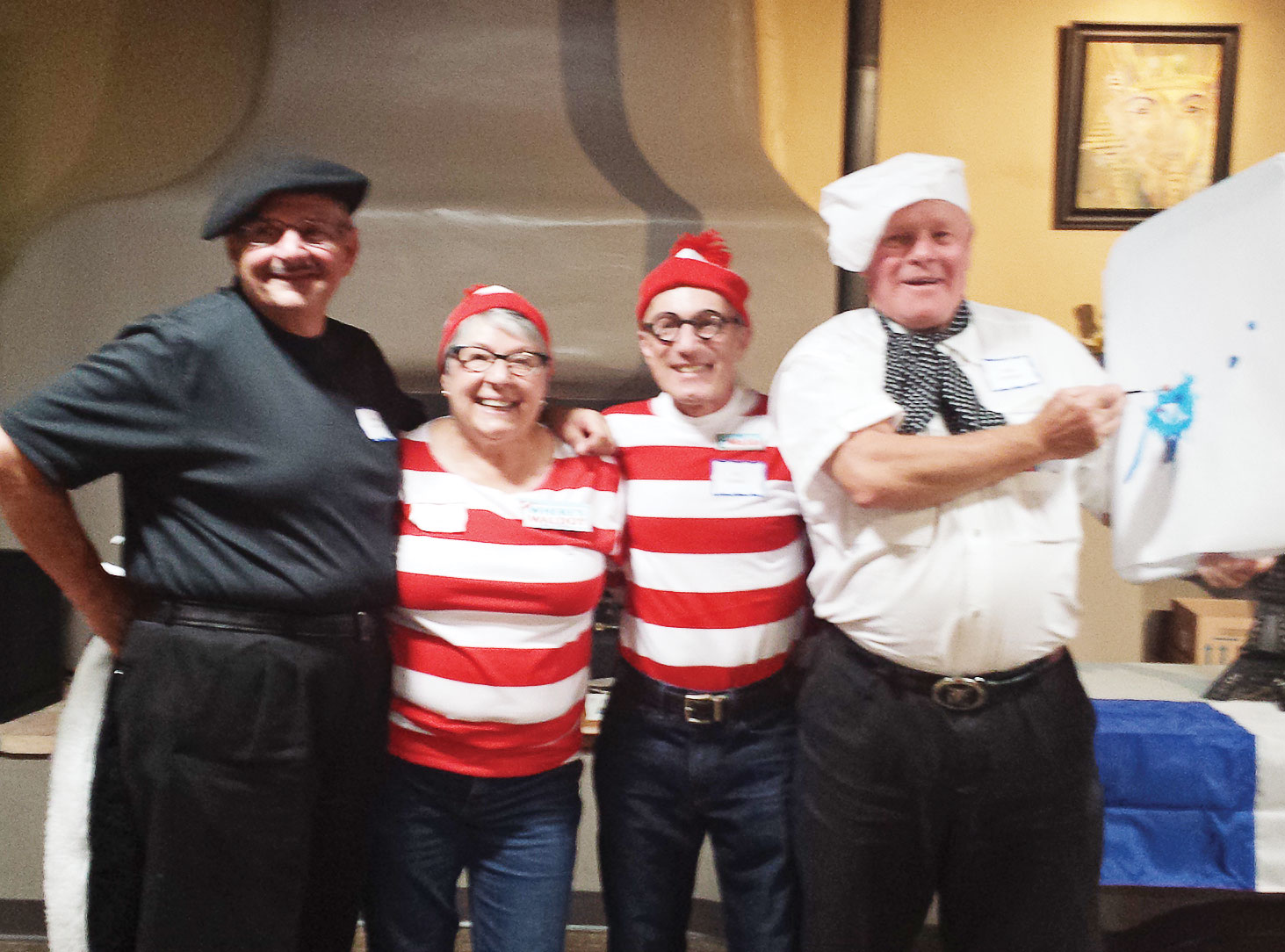 The SaddleBrooke Francophiles’ season of festivities concluded with the Fete du Printemps-Springtime Fun and Games on April 9 in the HOA 1 Activity Center. Members were encouraged to don costumes depicting historical or contemporary figures one would encounter strolling the streets of Paris. As a result we welcomed a Flower Girl Vendor, several Parisian artists, a Monk, a Lady of Ill Repute and French Cowboys among others. Prizes were given to the Most Creative Costumes: the winners were Ed and Jan DiEnno (Where’s Waldo?), Lynn Clemens (Monet the painter) and Frank Hartley (Pepe’ Le Pew).

Competition was keen during the French Trivia Contest, organized and led by Chris Crum. Tables of six competed for prizes, with the winning table answering 19 of 23 history and geography questions about France correctly; not an easy task by any means. The six winners each received a unique prize for their victory.

Following the Trivia Contest members feasted on a myriad of heavy hors d’oeuvres and desserts. DJ Steve Phillips provided us with a variety of French music throughout this portion of the evening’s events. Then the Francophiles enjoyed rockin’ and rollin’ to the tunes of their favorite artists for the remainder of the evening. This celebration was a fabulous end to our season of activities.

The Planning Committee is devising the 2016-2017 Season of Events which is already in the works. For further information contact Pat Smith at 825-2409. Vive Le France!