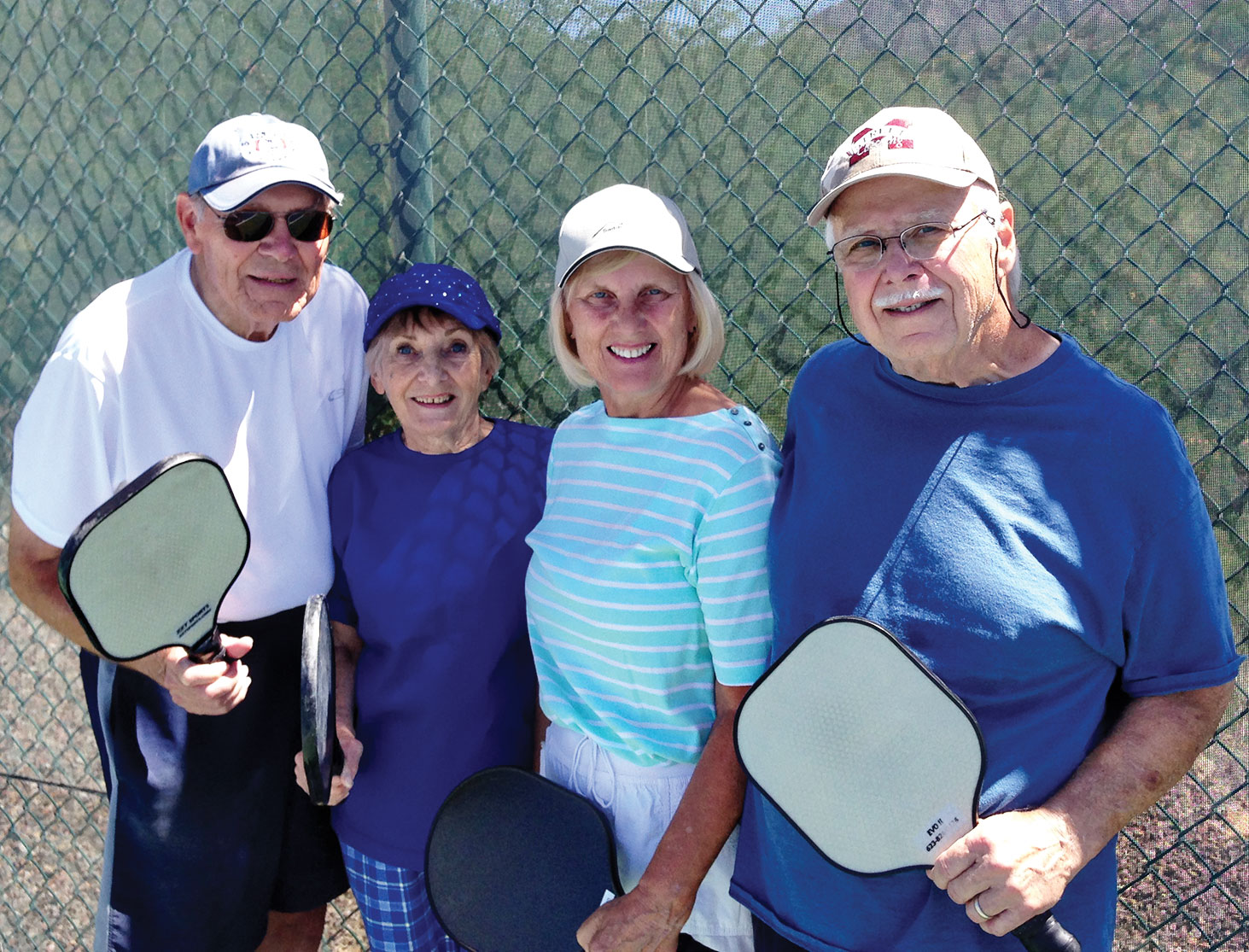 Important fact: The average age of this foursome is 77 years young and they continue to lead an active lifestyle!

“We came over the SaddleBrooke hill at the end of a three week ski trip in Colorado and, like so many others, immediately fell in love with this place,” stated Doreen Morgan pausing to get a cool drink during a recent 1½ hour Pickleball session. Doreen and Howie Morgan and Cathie and Ralph Tufts met at assisted play led by Lois Violant in 2012. Howie immediately fell into the fence while running backwards and ended up with three staples in his head but that didn’t cause them to lose interest. This foursome loves the game of Pickleball and play every chance they get. They try to play together at least three times a week but also play with others as well at drop in and scheduled events. “This activity has become our major channel for meeting new friends in SaddleBrooke,” states Howie. “Pickleball is our primary interest. The people that play the game are all very helpful and encouraging! Making new friends, along with really loving the game and exercise it affords is wonderful. It has become our favorite way to spend an hour or two as often as we can. The people we meet are very nice and very helpful. Even the pros go out of their way to help, teach and actually play with us with a smile, toning down their game to match ours,” said Cathie Tufts. Speaking of encouragement, Pete and Diana Giljohann, SPA Tournament Directors, encouraged Doreen to play in the women’s 2.5 doubles in the Members Only tournament in February. Doreen and Cathy Scott won the gold medal for their skill level and that has further motivated Doreen to work harder on improving her game.