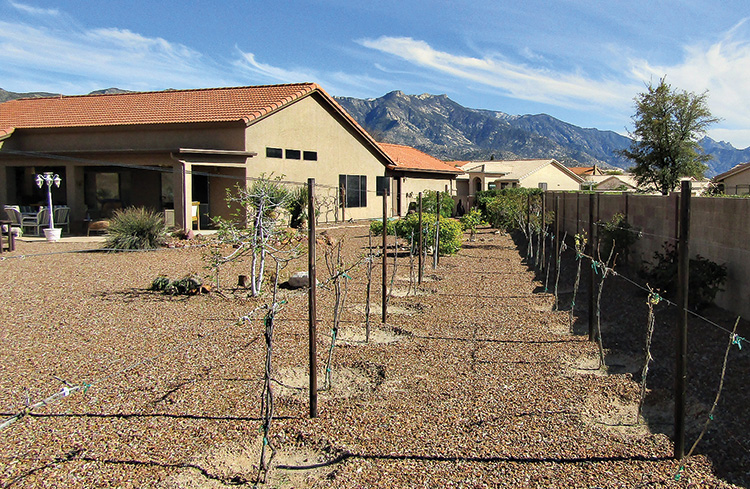 Here is the story of how I planted my first fig tree, thanks to a neighbor who gave me advice and four starters.

Donald S. Weildeman has a virtual nursery in his backyard. He stood next to one of his best fig trees that would soon bloom and produce wonderful figs. When I asked if I could see his backyard that I had heard so much about, he gladly took me on a tour, and I took pictures. When I marveled at his fig trees, he gave me a starter in a container and three sprigs in a water jar.

What was I to do, but plant one for sure and maybe others in the future?

A small hole was dug near my water drip system, and then I planted the sapling in the container.

What does the rest of his backyard nursery look like? He has a variety of red grapes growing on his vines: Barbera, Monukka, and cabernet. Donald also is growing a variety of citrus trees. He planted an oleander hedge to screen the fence off the side of his house. Donald also told me the best fruit is on the lower limbs.

In two years, I will have figs from my own backyard. Wow!