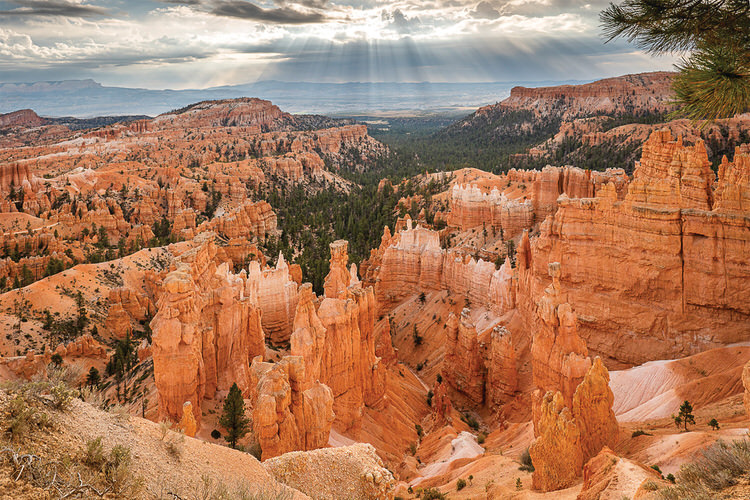 In late September this year, the SaddleBrooke Hiking Club (SBHC) held its fall trip. The destination was spectacular Bryce Canyon National Park and the surrounding area.

Red Canyon, in the Dixie National Forest, is a small area about 15 miles west of Bryce Canyon. It has similar geology to Bryce but is much smaller and also much less crowded. There are many well-marked and very scenic trails in Red Canyon, and the members who hiked there all enjoyed the beauty. Similarly, Kodachrome Basin State Park is a less-crowded destination with many miles of hiking trails through a beautiful collection of sandstone spires called Pipes.

There is no doubt, however, that the main attraction was Bryce Canyon itself. This stunningly beautiful area contains multicolored sandstone walls, hoodoos (a natural column of rock), and canyons carved by erosion over many millions of years. Because of the popularity of Bryce Canyon, our hike leader Marc Humphrey scheduled 15 of the 24 total hikes to take place on trails in Bryce.

These Bryce hikes were offered each day. That plan turned out to be a very good one, because day two of our trip was totally washed out by over two inches of rain! Fortunately, we were able to get in all the scheduled hikes on day three, and everyone was a great sport about the inconvenience of missing a day’s hiking.

The sheer majesty and grandeur of Bryce Canyon renders one speechless. The scenery leaves all who journeyed here with a lifetime of memories.