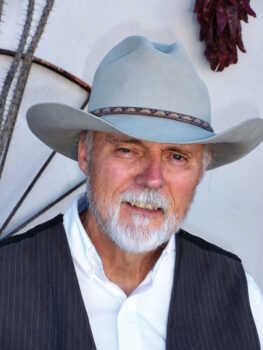 SaddleBrooke Ranch resident Bruce Carlson will be doing a concert at the Catalina State Park on Saturday, Dec. 7, at 3 p.m. This great outdoor venue is perfect for a listening crowd. Seating is very limited, so bring a lawn chair to enjoy an afternoon of mellow originals and cover songs.

The music genre Bruce writes and sings is folk-Americana. His songwriting paints pictures of love, life, and landscapes, and he plays on several acoustic guitars in a finger-picking style.

Bruce was a quarter finalist in the lyrics division of the American Songwriting Competition. One of his more recent songs, “As Soldiers Lie at Rest,” was included in a large Nashville project titled This Is My America (ThisIsMyAmerica.com).

Bruce has played venues in Las Cruces, such as the historic Rio Grande Theater, the Farm and Ranch Heritage Museum, Music in the Park Series, Leasburg Music Under the Stars, and various cafes and vineyards. Locally, he’s performed at the Catalina State Park, Oracle State Park, and at the OrCA (Oracle Center for the Arts).

He was invited to play at the Tucson Folk Festival for the past three years and was a finalist in the festival’s songwriting competition.

Bruce will have CDs available with all proceeds going to local charities.