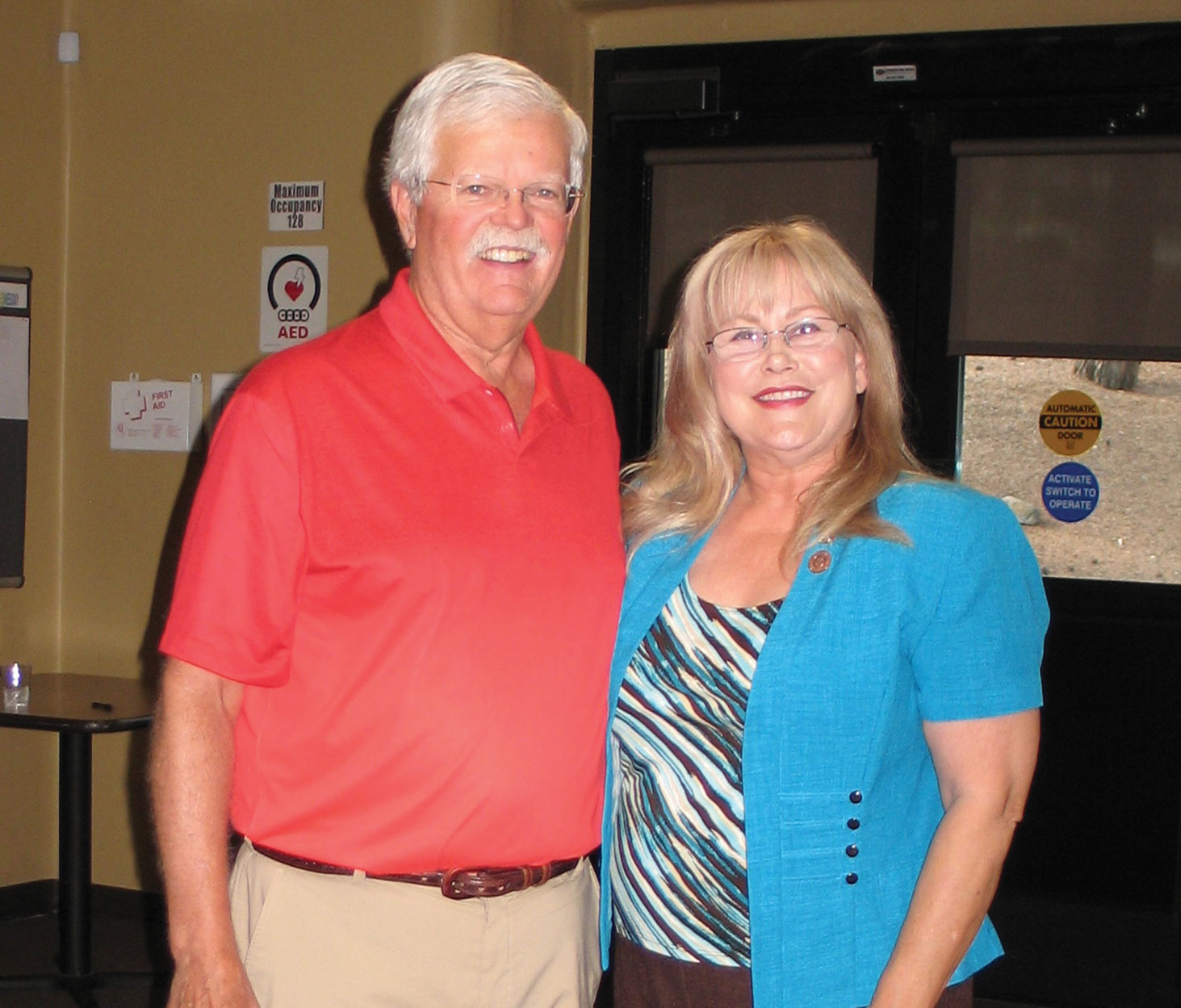 The August meeting of the SaddleBrooke Democratic Club was held on Tuesday, August 11. The guest speaker at our August meeting was State Senator Barbara McGuire. Currently representing LD8, Barbara is exploring the possibility of running to replace Ann Kirkpatrick in CD1. Barbara shared her thoughts with us regarding her goals and objectives if elected to replace Ann Kirkpatrick to represent us in Washington. She took many questions concerning her potential candidacy from the large audience of interested members. She was well received by our group and we all wished her well in her consideration of this new pursuit.

Also by September the impact, and fallout, from the new State Board of Education and new State Superintendent of Public Education will be quite evident. And he certainly will have an updated review and position on Governor Ducey’s proposed plan to provide much needed financial aid to our public schools. We expect you will have plenty of questions to ask of Andrew.

Each monthly meeting of the SaddleBrooke Democratic Club is held on the second Tuesday of the month at 3:30 p.m. in the HOA 1 Activity Center, 64518 East Galveston Lane, SaddleBrooke, Arizona 85739.