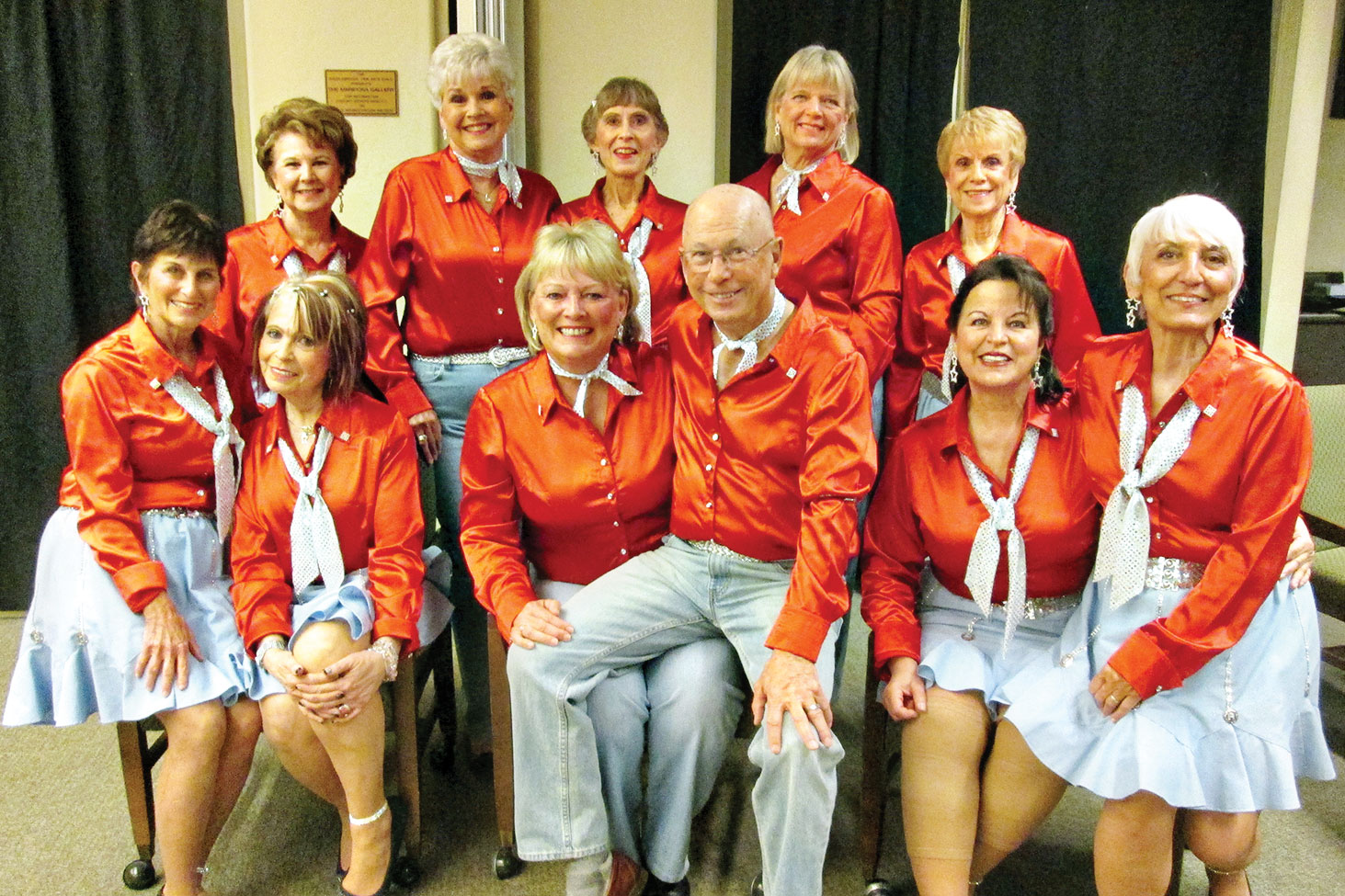 The Coyote Country Cloggers celebrated their twentieth anniversary this year by inviting former cloggers who have retired from the team to join them for a party at the Activity Center in SaddleBrooke. Thirty-three attended the festivities, which included spouses. Carol Jones was honored for her dedication as leader of the group for twenty years.

The Coyote Country Cloggers are available to entertain for parties and social gatherings. Call Carol Jones at 825-8568 or email her at [email protected] to make arrangements for your special event.