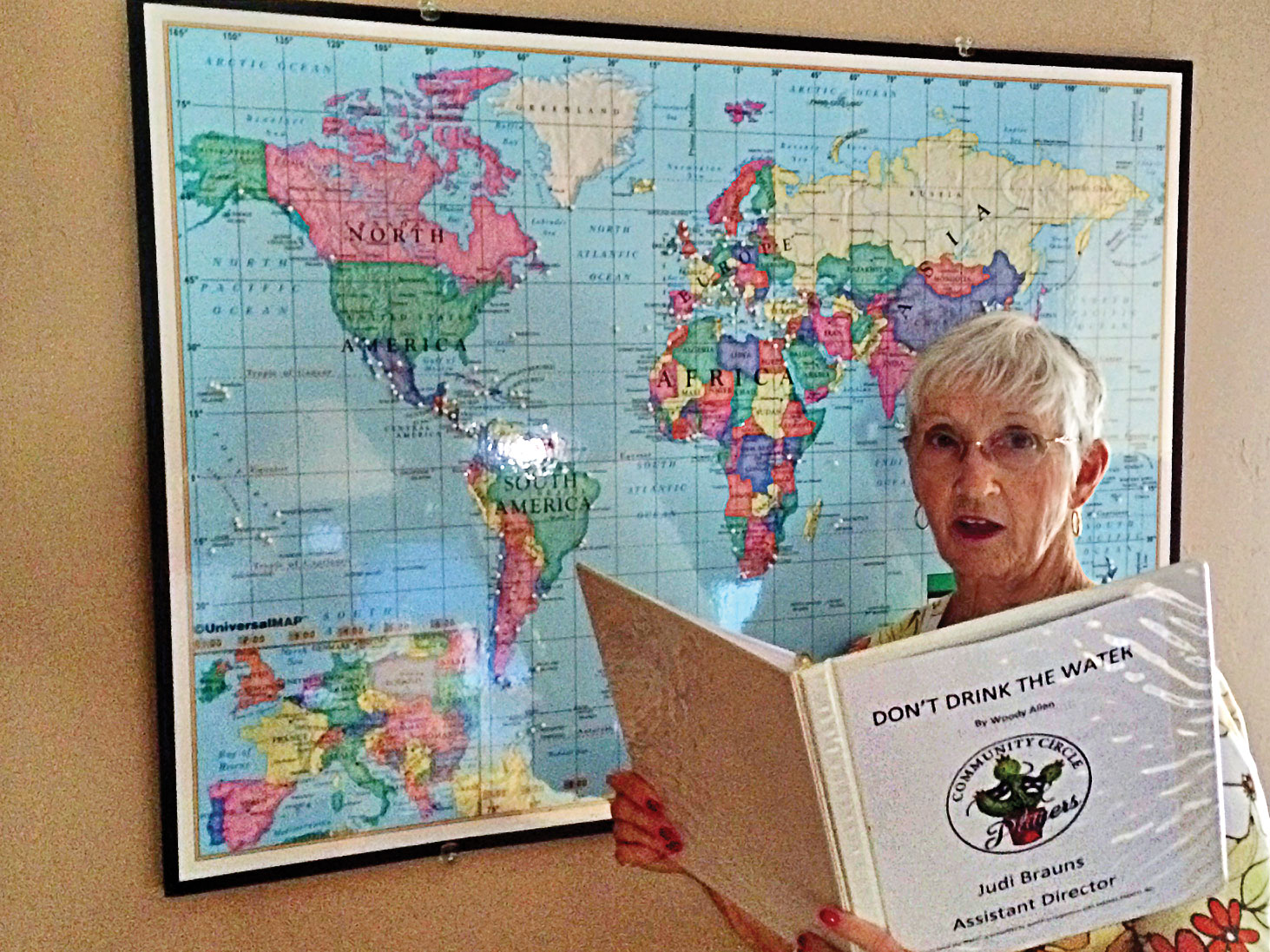 We can be thankful that dinner theatre is returning to SaddleBrooke with Woody Allen’s Don’t Drink the Water presented by special arrangement with Samuel French, Inc. Excitement is already building. Those who enjoyed the 2018 sold out performances of The Mafioso Murders and 2017’s Eat, Drink, and Be Deadly! have been wondering what the live theatre group Community Circle Players (CCP) will serve SaddleBrooke this season.

Theatregoers here plan ahead and line up at the administrative offices before they open. Co-founder of SaddleBrooke’s live theatre group and producer of this season’s production, Susan Sterling, just received an email from one of their most enthusiastic patrons ever. Dottie Adams was already asking for more details to spread the good news of the 2019 performance to her friends, so they don’t miss seeing the performance. “I do realize tickets aren’t available until January 30 but want to be prepared.”

CCP co-founder, Shawne Cryderman, will direct Don’t Drink the Water and welcomes both new and veteran actors to the auditions that will be held January 7 and 8 from 10:00 a.m.-1:00 p.m. in the MountainView Ballroom. Rehearsals for the slightly updated comedy, which is set somewhere behind the Iron Curtin in the 1960s, are scheduled Monday, Wednesday and Thursday from 10:00 a.m.-1:00 p.m. starting January 10.

Judi Brauns will serve as the show’s assistant director and is enthusiastically studying Woody Allen’s script and working out the costume change matrix. “It is great fun to be part of this team and, this year, to try another role!” Judi minored in drama at the University of Delaware where she was the stage manager while her future husband was running lights for the theatre group. Before they moved to SaddleBrooke in 2000, Judi did some community theater and she’s been part of the SaddleBrooke casts of Christmas in the Brooke, Romance in the Brooke, The Dining Room, Eat Drink and Be Deadly! and The Mafioso Murders.