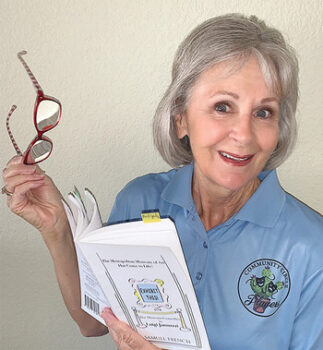 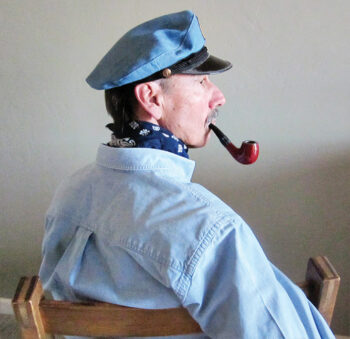 A dining and theatrical treat is coming in November! Community Circle Players (CCP), our very own dinner theatre troupe, will be performing in a new format—a series of eight short, stand-alone plays interspersed with a delightful meal. These one-act plays, not merely skits or vignettes, are thought provoking, tender, and hilarious.

The performance format for An Evening of One Acts may be new, but, as always, patrons will receive a lovely dinner with salad, entrée, dessert, and no host bar, along with the wonderful entertainment you’ve come to expect from CCP. All performances will be held on the newly renovated stage in the MountainView Ballroom. Seating will be at tables of six in half-moon style, so everyone has a terrific view of the stage.

Five directors, coordinated by Tim Morsani, will present this fantastic lineup of shows that range in length from four to 20 minutes:

* Intermission: Allan Miller’s dramedy with a couple deciding to leave a play or each other

Having served as an assistant director, co-producer, and sound technician, Carol Merlini takes on a new role as director of Oh, Those Antiquities. SaddleBrooke theatregoers will recognize Carol, who portrayed a defense attorney in PrimeTime’s The Case of the Steele Deal and Celia in CCP’s Calendar Girls. She has been a member of the SaddleBrooke Singers and now the Sonoran Singers.

David Fuller, with a background in stage, film, improv, and screenplay writing, will direct Love Sonnet. David played John in Calendar Girls, Zeb Zinfandel in Eat, Drink, and Be Deadly!, Rocko in Mafioso Murders, and political consultant Arthur Vance in The Outsider, CCP’s 2020 spring production. Directing is a new role for him.

The director of both 1-555-HELP-ART and Conversation 2001 is Connie Ward, a veteran CCP actress who also has extensive experience procuring props and sets. Thrilled to be directing for the first time, she says, “This [series of one acts] format is unique, exciting, and new to SaddleBrooke audiences.”

Tim Morsani is not only the coordinating director, he directs the comedies Faro Rides Again and I’m Herbert, which he’s certain will have audiences laughing out loud. Theatre veteran Tim has been acting since he was old enough to carry a cap pistol, has performed in numerous community theatre productions in and outside SaddleBrooke, and directed CCP’s 2020 production The Outsider.

CCP co-founder, actress, and producer Susan Sterling is at the helm for both Stain and Intermission. After attending a Windmill Theatre production of eight short plays, she is excited to bring this unique concept to SaddleBrooke and to direct her favorite one acts from that performance. She likes the double meaning in Intermission’s dialogue and the very funny ending of Stain—where a couple finds out things about themselves, as well as each other. Audiences will too.

Tickets go on sale Oct. 5, at 8 a.m., at SaddleBrooke TWO’s administration office or online with a credit card.