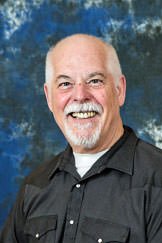 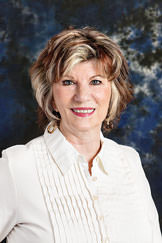 CCP co-founder Shawne Cryderman is excited about directing the autumn dinner theatre show Cookin’ With Gus, written by Jim Brochu and produced by special arrangement with Samuel French, Inc. The hilarious comedy is about Gussie, a famous food columnist and cookbook author, who has been offered her own daily network television show but is terrified of speaking in front of the camera. To cure her stage-fright, her husband tries hypnotism, her agent employs threats and her gypsy neighbor casts spells. Their antics, which even include a full-blown food fight, will serve up lots of fun for the audience.

JP Blount, who stepped back on stage in 2018 for several tough-guy roles in SaddleBrooke productions, will take on the part of Gussie’s agent, Bernie. JP entertained us as Krojack in Don’t Drink the Water and Mugsy in The Mafioso Murders.

Connie Ward completes the cast as wacky Jewish-Gypsy Carmen from next door. SaddleBrooke audiences have seen her as stranded Marion in last year’s Don’t Drink the Water, Typsy Brewhider in The Mafioso Murders and Pinky in Eat, Drink, and Be Deadly!

Start planning to attend one of the dinner performances of Cookin’ With Gus on Nov. 11, 12, 13, 15, 16 and 17 on the stage of SaddleBrooke TWO’s MountainView Ballroom. Tickets will go on sale Oct. 1 and will sell out fast.