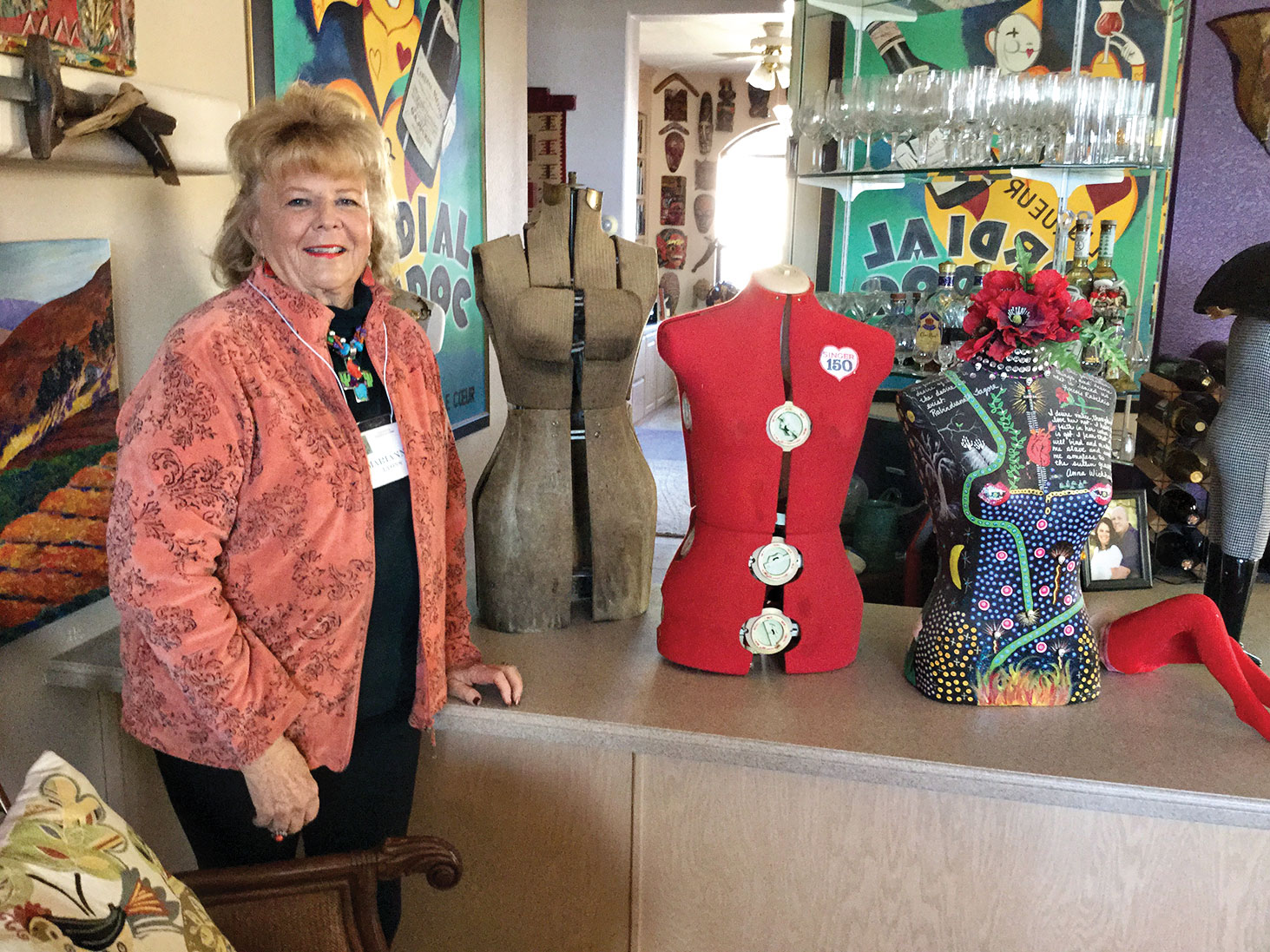 Marianne Lyons with some of her decorated, antique dress forms.

The Quester chapter of the Catalina Timewalkers has had an interesting, informative and varied year. Our year began with an October meeting when Nancy Harling, presenter and member, gave us the historic background of the Orphan Trains which began in the 1850s and ended in 1929. The children were sent from New York and were picked out by adoptive parents at various train stations in the U.S. The following meeting in November was about the History of Papermaking presented by Pegge Wittmann. Rose Meyer demonstrated each step of the process of papermaking and showed us some of her beautiful, crafted paper that she has made. In December Gerry Burnside and Marlene Olson told us about holiday traditions and decorations, especially the producing of glass ornaments and the members shared some of their special holiday ornaments.

The 2015 New Year began with a docent led tour of the San Xavier del Bac, a National Historic Landmark, founded by Father Kino in 1692. Construction of the current church began in 1783. Lunch followed the tour at the original El Charro Café founded in 1921. In February, Marty Reimers gave the program on Victorian Satin Glass and we saw beautiful pieces that her mother had collected.

At our most recent meeting, our member Marianne Lyons showed us her collection of dress forms and mannequins. Marianne likes to use them for display and says they are a hot selling item at antique shows. The Catalina Timewalker’s year will end with two special programs away from SaddleBrooke. In April we will go down memory lane with a visit at Tom’s Furniture store and in May we will have a docent tour of the Jewish History Museum which is the oldest synagogue in Arizona built in 1910.

For more information about the Catalina Timewalkers or if interested in joining, please contact our President Sandi Newberry at 818-0199. The Questers is an international organization www.quester1944.org. The purpose is to stimulate the appreciation of antiques through study and to encourage the restoration and preservation of historic landmarks.