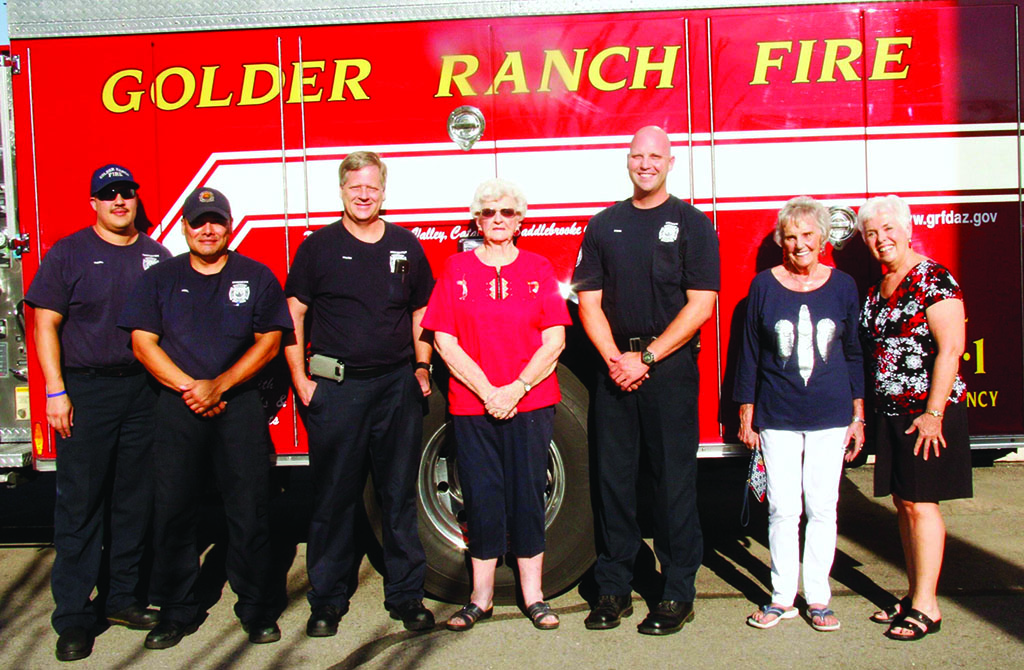 Catalina Mountain Elks Lodge No. 2815 expressed its appreciation to local firefighters for the valuable service they provide to the community on the fourteenth anniversary of the 9/11 terrorist attacks. Members of the lodge prepared and delivered turkey dinners with all the trimmings to eight fire stations in the Golder Ranch Fire District and two in the Mountain Vista Fire District. These dedicated men and women provide service to Catalina, Oro Valley, SaddleBrooke and southern Pinal County. The lodge has provided dinners for firefighters since the year following September 11, 2001.