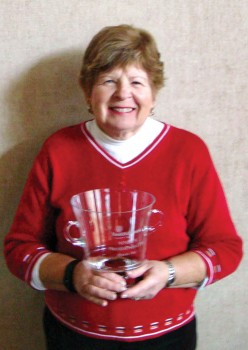 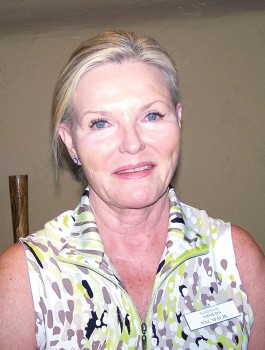 On November 3, the SaddleBrooke Lady Niners held their annual Turkey Shoot. For this event, the lady to land closest-to-the-pin on Hole No. Six of the Saddlebrooke Course wins a gift certificate to buy that turkey for Thanksgiving. This year’s weather was absolutely beautiful and the winner was Val Malik – great shooting, Val! The event was followed by our general meeting and a delicious brunch served in the Agave Lounge.

Our next tournament followed closely after that one with our annual President’s Cup. This is a multi-day tournament played with a Match Play format. It was pretty tight all the way through, with most matches coming down to the last hole and one having a sudden death play-off. At the conclusion we were able to declare a winner – Sharon Dicosola was the President’s Cup Champion! In second place was Sandy Wagoner and third place ended in a tie between Sharon Mikolitis and Janet Rasmusson. Congratulations to all the ladies!

Our next big event will be the December Holiday Luncheon and Party. After a round of golf, we will proceed to the Vistas Dining Room where we will be joined by six members of the Golder Ranch Fire Department. They are our special guests because this is also the venue for our annual donation to Toys for Tots and Teens (can’t leave out the older ones!). Each Niner donates toys purchased for this special charity, and the toys serve as table decorations until the luncheon is over, when we bag them up and present them to the firemen. Also at the luncheon we will be presenting awards to our winners from throughout the year, and we will install our 2016 officers. This is always such a wonderful way to wrap up the year!